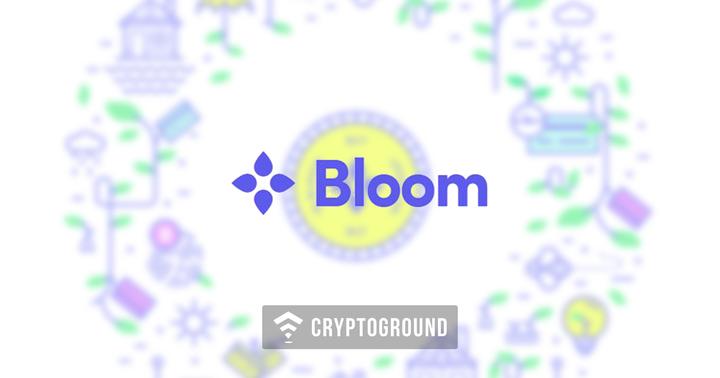 The past couple years of data breaches have illustrated how dangerous centralizing people's personal data can be, culminating dramatically with the Equifax breach. The other problems across the world with regards to creditworthiness are

This differences in global standards and data breaches is what I guess gave the creators of this token the idea. The team at Bloom decided the best way to keep a standard credit rating system and similar data breaches from happening again was to create a decentralized credit rating system, which includes identity, risk assessment and credit scoring. Acting as an end-to-end protocol for identity attestation, risk assessment and credit scoring, entirely on the blockchain, Bloom is expected to be able to help traditional and digital currency lenders to serve billions of people who currently cannot obtain a bank account or credit score.

Why was Bloom built?

Bloom is built with a mission to decentralize credit scoring and enhance security so that one centralised authority doesn’t not have a broad hold of people’s individual data- which can be leaked or breached easily. The Bloom team aims to bring transparency, community, and the crypto community together to create a new credit ecosystem and is working with over 300 partners and lenders to make this mission a reality. The team has developed the token with an aim that

What does the project do ?

BloomIQ is a decentralized system that manages credit history. One of its primary goals is to allow a user to import existing credit history to this system.

BloomScore calculates credit risk. It is a dynamic indicator of an individual’s likelihood to pay debts that adapts to the maturity of a user’s credit history.

With these components mentioned above, Bloom aims to decentralizes the credit industry while lowering rates and increasing security.

Bloom is also planning to launch the BloomCard, a blockchain credit card built on the Bloom protocol, allowing the Bloom protocol to be deployed and developed in a live environment. It is intended to set as a precedent for other lenders.

The token provides an added layer of security to the network by mitigating fraudulent identity creation. Additionally, the token ensures the network remains free of influence from states, banks, and central actors. This is achieved by gradually turning over control elements to BLT token holders. Lastly, the token serves as a payment and settlement mechanism for the network. The key components of the coin that the team has put emphases on are

Bloom is founded by Ryan Faber, John Backus, Jesse Leimgruber and Alain Meier, all of whom are serial entrepreneurs. Three of them were roommates while they were attending Stanford.

Below are the bios of the key members of the team:

Overall, Bloom can position themselves as a disruptor in a market that was long overdue for some changes. They probably won’t become a staple and overtake or even join the credit monopoly of the big firms, BUT they will provide an ALTERNATIVE to individuals who prefer to go their route.