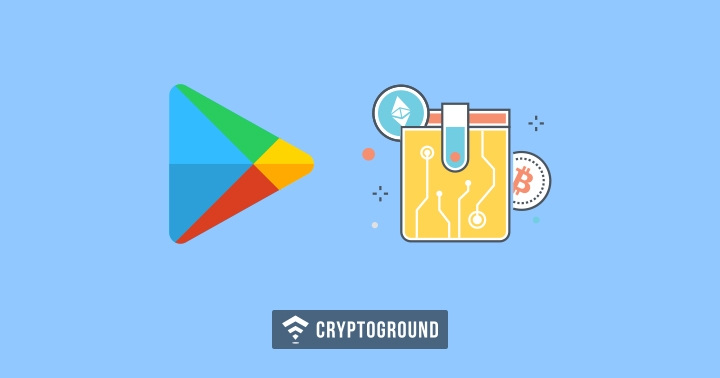 Ever since Google in the first quarter of this year announced a ban on cryptocurrency related advertisements in its advertisement product Google AdWords and the implementation of the ban by the end of June, there has been the aftermath.

However, in August, it was reported that many fake cryptocurrency related apps are still existing in Google Android app. That led Google to delist some of the known apps and also update their policy for the listing of technological applications.

Towards the end of October, some fake cryptocurrency applications that in Google Playstore was discovered, where people were promised that they could mine some cryptocurrency assets with the app irrespective of the high cost required in establishing a mine.

Less than one week ago, some EOS developers from Brazil discovered a fake cryptocurrency wallets SimpleEOS that poses to help users to store their EOS tokens while it is a scam. This was followed by a warning by Poloniex exchange that a phishing app that looks like the exchange is existing in Google Playstore.

Going by these revelations of malware apps that are developed to steal users crypto assets and data, a malware researcher, Lukas Stefanko recently discovered fake cryptocurrency wallets that rob users data from the device. Stefanko found four such apps.

The Apps posed to provide crypto wallets for NEO and Tether cryptocurrencies and Metamask, an extension for accessing Ether.

Users of this wallets are permitted to insert their bank details in the site and also their credit card information without knowing that they are dealing with fraudulent applications. According to Stefanko, the Neo, Tether and extension for ether are fake wallets while the Metamask app is a 'phishing wallet.'

Stefanko also noted that the Neo fake wallet had attracted more than 1000 downloads since it's launch in October.

The scammers require users to provide a private key and a password which will be used to give them a public address without knowing that no new one was generated. Affected users will then send funds to the address without being able to access them.

The apps used the Drag-and-Drop app builder service to build fake apps with little or no coding skills. Google security team finally pulled down these applications after the researcher reported to them.