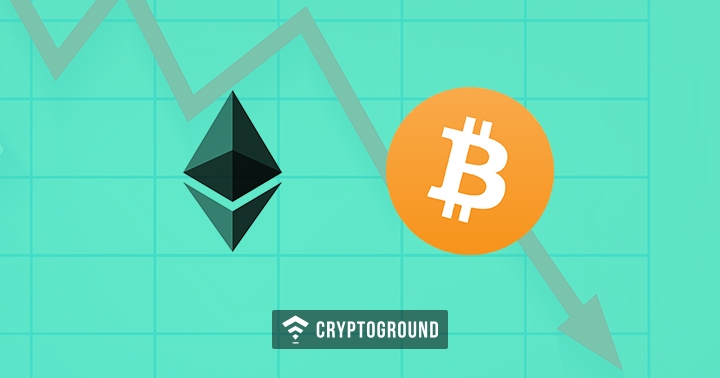 Cryptocurrency prices are highly volatile and unstable. While that does not come as news to anyone, the most recent cryptocurrency crash today came as quite a shock. In an event that is being described as a ‘flash crash’ in the markets, Bitcoin lost 3% of its market capitalization in 10 minutes - while Ethereum faced an even bigger impact, losing 12% in a matter of hours.

Bitcoin, which peaked in December 2017, when it touched $19,700 - seemed to be unstoppable back then. However, a few days after the all-time high, the price of the currency started to stumble. While there were short phases of stability and recovery, it never really led to a momentum that could help the currency grow at a stable pace. Bitcoin’s price at the time of this writing is $7,013 and the currency is testing the $7,000 support mark.

Bitcoin, which surged past the 6500-6900 mark last week, has since been trying to grow but continues to face tough resistance from the market bears. Today, the currency started off with a price of $7,371 - and hit the lowest point of the day at $6,997 momentarily. Since then it has recovered by a few dollars to just barely go past the $7,000 price point.

Bitcoin’s market cap was also impacted due to this drop. The currency’s market capitalization at the starting of the day was $127 Billion - but it dropped to a low of $120 Billion post that. The crash was sudden and the impact was seen all across the markets as a number of other cryptocurrencies were also impacted. Ethereum, which stands second to Bitcoin when you look at the total market capitalization, was among the worst hit!

The combined market capitalization of all cryptocurrencies is close to $223 Billion at the moment, which is significantly down from the $800 Billion market cap which was noticed earlier this year. Cryptocurrencies are going through a tough time - but market optimists continue to believe that a recovery is in sight. Explaining the reason of the crash, Mati Greenspan, senior market analyst at currency trader eToro, told Bloomberg by phone from Russia:

“The expectation of adoption by Wall Street has been a major theme for the cryptocurrency market for the last year, so any kind of updates on that can certainly move the prices. Even if it’s not true, it should be enough to cause a minor selloff like this in cryptocurrencies.”

The impact of this price crash was felt not only in the cryptocurrency markets, but also by the associated businesses which deal in cryptocurrencies or cryptocurrency related products. Firms such as Overstock, Marathon Patent Group, and Riot Blockchain also noticed a fall in their overall valuations.