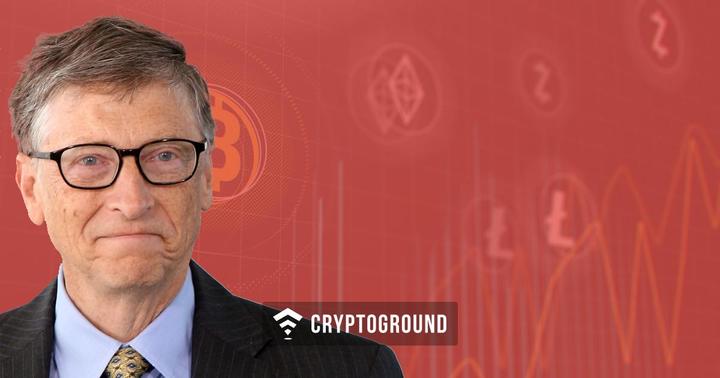 Bill Gates, the second richest man on the planet and Microsoft co-founder, has been hailed by many as their tech hero. However, he isn’t really a popular name in the world of cryptocurrency. Bill Gates’ opinion on cryptocurrencies has been quite positive in the past, however, it appears to have changed recently. His views about cryptocurrencies aren’t as progressive and open as he is to other new technologies. In a latest Reddit AMA session, Bill Gates claimed that cryptocurrencies are a rare technology directly responsible for deaths!

Gates’ stand on cryptocurrencies has been the same for years now. In the Reddit AMA, Gates commented "The government's ability to find money laundering and tax evasion and terrorist funding is a good thing," he wrote. "Right now, cryptocurrencies are used for buying fentanyl and other drugs, so it is a rare technology that has caused deaths in a fairly direct way."

Cryptocurrency enthusiasts on Reddit defended cryptocurrencies by saying that even plain cash can be used for funding terror activities and for buying drugs. To this, Bill Gates responded by saying - "Yes — anonymous cash is used for these kinds of things, but you have to be physically present to transfer it, which makes things like kidnapping payments more difficult," Gates isn’t a fan of the anonymity of cryptocurrencies. To him, anonymity clearly means that it can be used even more conveniently for funding terror activities and other illicit trades such as drugs and weapons.

While long-term trading and ‘hodling’ is a popular opinion held by cryptocurrency traders, Bill Gates isn’t really one who’d do that. Gates stated that long-term investments in cryptocurrencies could be “super risky for those who go long”.  He stated that the speculative nature of cryptocurrency prices and ICOs is harmful to the digital economy.

However, it appears that after the sudden price boom and speculative markets catching on, Bill Gates has changed his opinion of these digital currencies. With the rise in cybercrime, scams and Ponzi websites, and a number of money laundering cases emerging - Gates is reconsidering his older statements.

Patent Introduced by The Bank of America Showcases Use of Blockchain T...