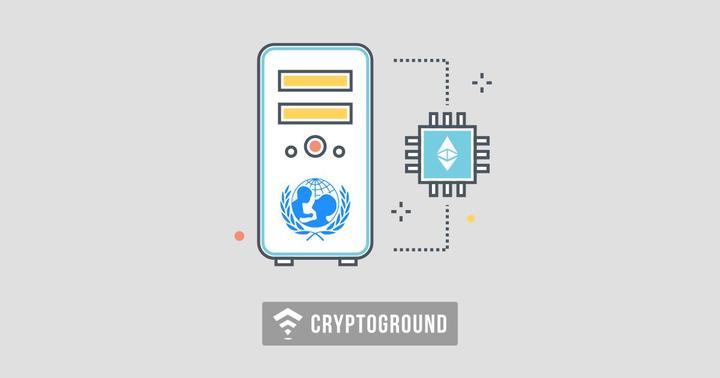 Cryptocurrency donations have been on a rise. Of late, many major international names have begun providing and accepting cryptocurrency donations. UNICEF, the United Nations International Children’s Emergency Fund, too, has been quite open when it comes to accepting these donations. UNICEF’s new campaign, which is aimed at driving donations to Syria, ‘Game Chaingers’ urges PC gamers to use their GPUs for mining Ethereum and donating it to Syrian children.

The campaign aims at converting these high level graphic cards used by gamers as ‘humanitarian tools’. It is a two-month long campaign which started off this past weekend. The UN realizes that the gaming community owns many high power graphic cards which can easily mine for Ethereum. This Ethereum can then be donated for the welfare of the children in war-torn Syria who are suffering the wrath of a long war.

“Today, humanitarian collections often solicit the same people with the same methods, but cryptocurrencies and their revolutionary approach are an opportunity to raise funds differently. Have you heard of Bitcoin? The Ethereum is the same, except that you can more easily ‘mine’ the Ethereum coins via your computer and that money will go directly into the UNICEF wallet.”

UNICEF states that the mined currency will directly be deposited in the Ethereum wallet owned by UNICEF. This UN organization will then convert Ethereum into real money and use it for the welfare of Syrian children.

Also, as a part of this campaign, UNICEF does not want gamers to stop gaming and dedicate all their time for mining. The organization says that participating gamers can run UNICEF’s Ethereum mining program while they go to sleep or head out - and the program will keep mining for currencies and send it to UNICEF.

“Through the use of mining we create an opportunity for those who can not give or have never had the opportunity to do so.” The UNICEF website states. The Game Chaingers campaign is indeed first of its kind and targets specifically the gaming community, as the UN realizes they already have the required hardware setup to mine Ethereum.

As of this writing, Game Chaingers has 468 registered contributors, out of which 49 are active and currently mining for Ethereum. Collectively, these 468 contributors have managed to raise 1046.98 Euros so far. With over 50 days remaining, the campaign is expected to attract many more gamers who would help mine for even more currencies.