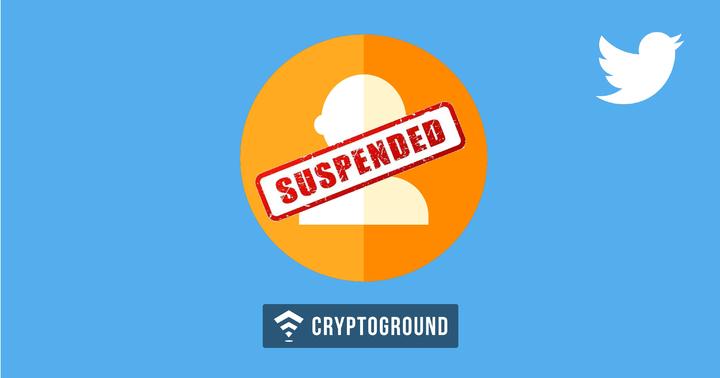 Social media platforms are under fire these days over issues ranging from privacy violations to censoring freedom of speech to influencing people’s preferences. Twitter, which is a social media platform on decline continues to stay afloat despite major controversies. The platform has found itself in the midst of another controversy after they banned the pro-Bitcoin Cash account ‘@Bitcoin’.

The account was shut suspended by Twitter after a number of complaints came from the community of Bitcoin supporters. Bitcoin and Bitcoin Cash have been at odds ever since the forked currency was created in August 2017. There’s a strong belief among many that Bitcoin Cash is the real Bitcoin. The differences between these two communities are frequent on Reddit where they keep taking shots at each other - but are also evident on various other social media platforms.

The suspension of the @Bitcoin account on Twitter led to a wave of disappointment among supporters of Bitcoin Cash while Bitcoin supporters hailed this decision from Twitter. The displeasure among the Bitcoin Cash community was led by Roger Ver, an active Bitcoin Cash supporter who called this move as the end of free speech on Twitter.

There have been many suspicions in the past that Roger Ver was actually the secret operator of the @Bitcoin account. It has been long speculated that Roger Ver gained access to the account either by paying it off or by other means, both of which violate Twitter’s terms of policy. The @Bitcoin account has been tweeting pro-Bitcoin Cash propaganda for quite some time now.

However, if the account was indeed acquired by Ver by illegal means, it would violate Twitter's Terms of Service and banning it would be justifiable. A post from r/bitcoin throws more light on this issue:

“Buying/selling Twitter handles is supposedly against Twitter's ToS. The @Bitcoin account has leased OAuth2 access to another publisher in the past, this access was abruptly terminated at the start of 2018 and started promoting Bitcoin(dot)com propaganda exclusively, as well as a wide range of deceptive (fraudulent) altcoin propaganda echoing Roger Ver. The account operator and Roger Ver both claim that the account was not sold, but given the abrupt shift and Roger Ver's proclivity to throw his money around to get what he wants, I think it's likely the account changed hands,”

Interestingly, there may even be a third angle to this. Twitter CEO Jack Dorsey is among one of the investors of the Lightning Network. Dorsey had contributed $2.5 Million towards the development of the network. For those who may not be aware of what this is, the Lightning Network aims at providing a second-layer solution to the Bitcoin network’s scalability problems. Basically, If the Lightning Network is adapted successfully, it could bring a large number of defectors back from BCH to BTC.

The biggest problem with Bitcoin was that of the scalability over which Bitcoin Cash was created. However, with the lightning network, much of this dispute can be resolved. Dorsey, who is also the CEO of Twitter being involved with a pro-Bitcoin project raises suspicion that there may be more to this ban on the @Bitcoin account than what meets the eye.