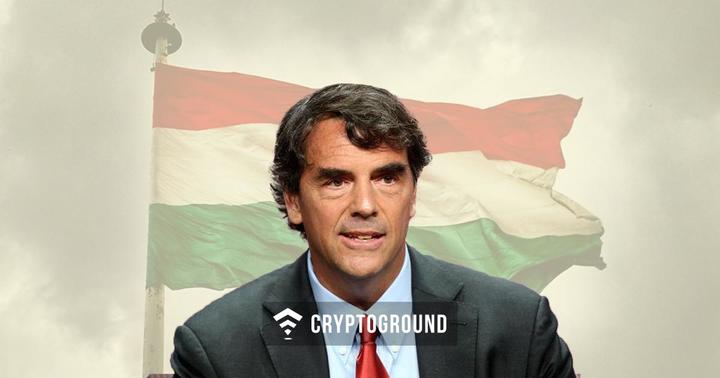 American Billionaire, investor and Bitcoin enthusiast, Tim Draper has been an early investor in companies like Skype and Baidu. He doesn't seem to be happy with Indian Government’s decision against Cryptocurrencies . He termed the move of blocking cryptocurrency in India as "stupid" and claims that Bitcoin and Blockchain are the best things to have happened for business alliances around the globe. He believes that it has bright future for better security in industries ranging from banking to healthcare.

Draper is annoyed as government refuses to accept cryptocurrency and stated in an interview that India would lose out on a lot of potential investors and entrepreneurs engaged in developing blockchain technology. He said that India’s attitude towards Bitcoin, other cryptocurrencies, and blockchain tech would enable other countries to take advantage and hurt its own economy in the long run as Indian developers and entities involved in this technology will move their base to other nations. Draper also compliments the PM Modi-led government as it has made the system more accessible for foreign investors who can make the country "one of the fast developing economies in the world." While he praised the Indian economy for making immense progress, he was utterly taken aback by the government’s stance on cryptocurrency and blockchain integration.

When asked about his views on India’s current stance to block such technologies he palely stated, "This is the stupidest thing." He presented an anecdote of China. As China blocked Bitcoin, all the entrepreneurs and engineers working to refine the new technology moved to Japan, which is open to cryptocurrency. He further added,

"India is thinking of making (cryptocurrency) illegal… other countries will raise their hands to get all the (blockchain) entrepreneurs (from India)."

Draper suspects Indian Government is making a huge mistake and would explain PM Modi in person, provided he gets a chance to meet him. He also admitted that crypto market has been volatile lately as internet giants like Google shuts its doors to its advertisement. But like Bill Barhydt, the CEO of a digital wallet company called Abra, Draper also assures that Bitcoin is stable even as other currencies are falling fast. During an interview, he justified that,

“Bitcoin is global, can store value. Within 2-3 years, I think it will be accepted everywhere for transactions."

While he has valid points to back this entire claim, he seems to have personal interest too in the whole scenario as he has made investments in Indian Blockchain startups like Nucleus Vision and Unocoin, a Cryptocurrency Exchange. Though Finance Minister of India introduced a legal tender to ban cryptocurrency companies in the country, trading cryptocurrencies is not explicitly illegal in India. As per claims, the government is not interested in Cryptocurrencies but supports Blockchain technology. Let's wait and watch how the move of RBI affects the market further.