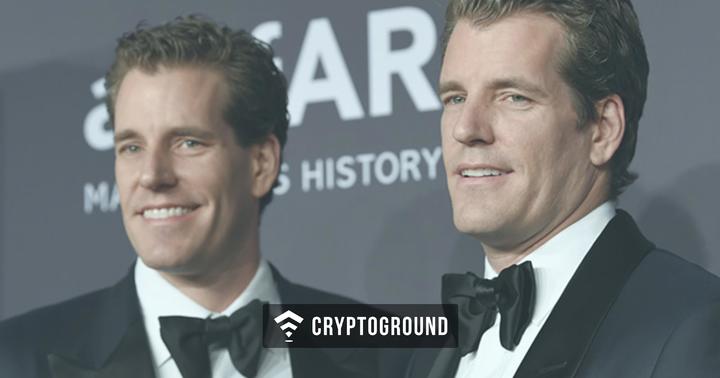 It is yet another cause of celebration for Winklevoss IP, LLC – the legal entity owned by twin brothers Tyler and Cameron Winklevoss. The firm has been recently granted a patent by the US Patent and Trademark Office, which allows it to settle exchange-traded products (ETPs) on exchanges which have cryptocurrencies as their underlying.

ETPs are investment products, including exchange-traded funds (ETFs), traded on securities exchanges which derive their value from the assets they are holding like stocks, bonds, or in this case, digits assets like cryptocurrencies.

This patent was applied for in December 2017 and marks the firm’s fifth successful application in this year so far. The last patent granted to the firm was in April and was aimed at improving the security of cryptocurrency transactions.

The grant of this patent is a step forward for the Winklevoss twins in getting an approval to launch exchange-traded funds (ETFs) holding aforesaid cryptocurrencies.

The twin, who had founded the Gemini cryptocurrency exchange in 2015, had applied to the US Securities and Exchange Commission (SEC) for launching a Bitcoin ETF, which was rejected in March 2017. The regulatory body SEC had provided two reasons for the rejection:

“First, the exchange must have surveillance-sharing agreements with significant markets for trading the underlying commodity or derivatives on that commodity. And second, those markets must be regulated.”

Now, with this and the other patents, Winklevoss IP could have a better case to make for re-filing for a cryptocurrency ETF going forward, whenever they choose to do so.

The Winklevoss Twins are owners of the cryptocurrency exchange, Gemini and are fervent believers in the promising future of the bitcoin. Tyler Winklevoss - one-half of the Winklevoss Twins – even came out in support of Bitcoins against the statement from Microsoft founder Bill Gates.