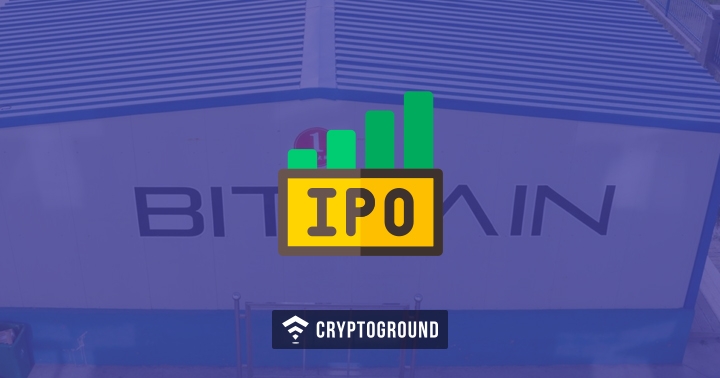 China-based Bitmain occupies a near-80% market share when it comes to manufacturing cryptocurrency mining hardware. The company has been making massive profits, the most recent being over $1 Billion in Q1 profits. Bitmain has now been planning to launch an Initial Public Offering (IPO). Reports from China indicate, investment giants Tencent and SoftBank are backing this idea.

One may argue about the future prospects of cryptocurrency mining given the increasing difficulty and the volatility - but what cannot be contested is the fact that Bitmain is the biggest name in the mining industry. Bitmain’s IPO, which is being planned to launch in the Hong Kong Stock Exchange (HKEX), is expected to be one of the biggest IPO launches of the year. With these latest rounds of investment from Tencent and Softbank, Bitmain’s evaluation will go well past $15 Billion.

In June, Bitmain was evaluated at $12 Billion. Following that, it has raised a number of investments from venture capital firms and has found several backers willing to invest in the firm. Bitmain’s latest backers, Softbank and Tencent are perhaps the biggest names when it comes to capital investments in companies. Softbank is a Japanese firm known for investments in firms like Uber, Tencent is a China-based heavyweight, which, in terms of evaluation, rivals the likes of Facebook!

Tencent and Softbank backing Bitmain are likely to improve Bitmain’s odds of being approved by the Hong Kong Stock Exchange for a listing. Moreover, the mining hardware manufacturer has also hired China International Capital Corp (CICC) as their lead underwriter. This gives another boost in Bitmain’s goodwill, as CICC is the oldest investment bank in China and has a good international reputation.

Bitmain is one of the biggest success of the cryptocurrency ecosystem. The company, which is expected to make close to $3 to $4 Billion in profit in the financial year 2018, is already rivalling the likes of Nvidia. Bitmain’s Q1 profit of $1.1 Billion is almost the same as Nvidia’s revenue for the quarter - $1.2 Billion. Bitmain might be a relatively new name, but it is giving some of the most established players a run for their money.

In addition to getting investments, Bitmain has also been making investments. The company has invested in the likes of the Opera web browser and cryptocurrency trading firm Circle. Moreover, Bitmain has also been investing in the US, where it plans to set up a $500 Million cryptocurrency mining facility in Texas. The company has also set up an office in Silicon Valley. There are a number of ambitious projects that Bitmain has its eye on, but the primary goal of the firm is to get listed on the Hong Kong Stock Exchange.

Once the process gets started, there is a good chance that the Hong Kong Stock Exchange would approve Bitmain’s listing. Reports from Chinese media publications indicate that the company is expected to raise as much as $30 to $40 Billion following the IPO.