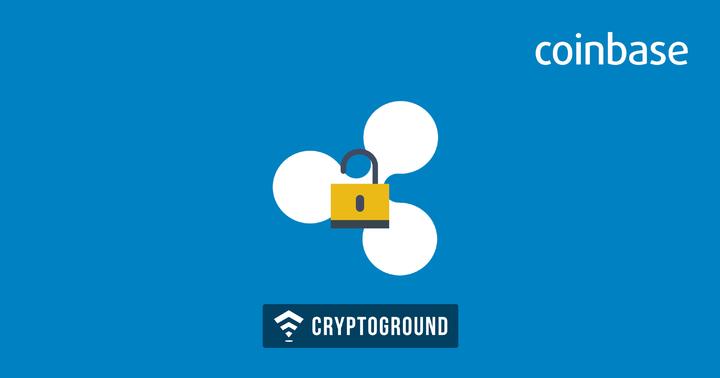 The wait is over! Rumours of Coinbase introducing support for Ripple had been making rounds in the crypto-community for years. However, it has finally been made official today. Ripple (XRP) is now a part of Coinbase Pro. The company made this announcement via a blog post.

Coinbase, the largest cryptocurrency exchange in North America, announced that the company is all set to begin accepting inbound Ripple (XRP) cryptocurrencies starting 10am on 25th of February. The company also announced that full support for Ripple will come after at least 12 hours of inbound trading begins.

The beginning of Inbound trading means that people will be able to transfer Ripple from other exchanges and wallets into their Coinbase Pro accounts. This would allow Coinbase some time to gain enough number of XRP cryptocurrencies to start with the actual trading processes. In time, Coinbase Pro is expected to introduce XRP/USD, XRP/EUR, and XRP/BTC order books.

“The [XRP] ledger is powered by a network of peer-to-peer servers. All accounts on this network can send or receive XRP to/from each other, while XRP can be used to send underlying fiat currencies between two parties[…]In this way, XRP can function as a bridge currency in transactions involving different currencies such as US dollars, Japanese yen, Euros, Francs, and others in use on the XRP network.”

As of this writing, the support for Ripple (XRP) has only been introduced for users based in the US (except New York), UK, Canada, Singapore, Australia and supported nations of the European Union. However, more names are likely to be added to this list soon.

Ripple (XRP) will launch on Coinbase in four phases:

While the support for Ripple is only out for Coinbase Pro users, we expect that the retail customers will also get the access soon. Historically, it has usually taken about a week or two before an asset on Coinbase Pro gets listed on Coinbase (and on its mobile apps). We expect the same for Ripple. Hence, it’s only a matter of weeks!