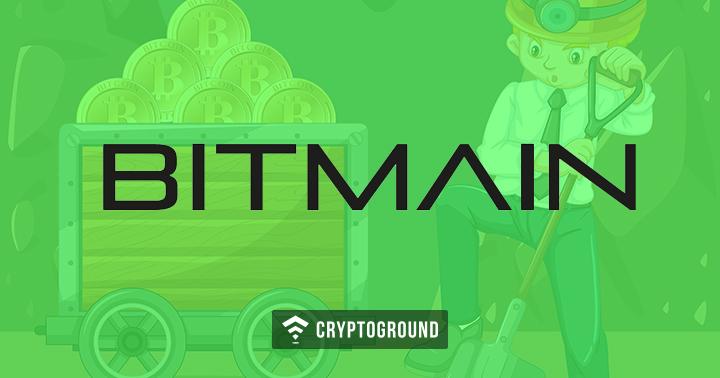 Bitmain has been one of the most impressive firms when it comes to the world of cryptocurrencies. The most popular cryptocurrency mining chip-maker in the world, Bitmain is led by 32-year-old Jihan Wu - hailed by many as a young visionary. Wu is now looking forward to taking Bitmain beyond just the crypto markets - and is even considering launching an IPO in Hong Kong that will take the company public!

Jihan Wu states that while there are no confirmed plans at the moment, he is open to the possibility of getting Bitmain publicly listed on the Hong Kong markets and release an Initial Public Offering. This would open the doors for more transparency in their business and would allow early investors like Sequoia Capital and IDG Capital to encash the profits on their investments.

Moreover, a public listing would help add more credibility to Bitmain. Over the years, the company has been known for being a name which has been in the cryptocurrency mining business. However, there’s more to Bitmain’s ambitions, such as Artificial Intelligence - which is a sector that has a major backing from the Chinese Government. The crypto business, on the other hand, isn’t really backed by the government of China.

Wu has been opening up about his personal net worth of late. In a recent interview to Bloomberg, Jihan Wu stated that Bitmain made a profit of $2.5 Billion last year and that he and co-founder Micree Zhan own a 60% stake in Bitmain. When you look at the larger picture, Bitmain has been evaluated at $8.8 Billion - which means that the co-founders hold a combined wealth of $5.3 Billion.

Wu claims to hold a smaller stake than Zhan but has declined to provide any further information. However, if the IPO is indeed going to be filed - the details on all their personal holdings too, would become public.

Bitmain is a giant when it comes to the world of cryptocurrency mining. It holds an overwhelmingly dominant share when it comes to mining devices - that of 75% of the market. The company’s performance has been quite impressive - even dwarfing that of long-term players in the markets such as AMD and Nvidia.

Bitmain’s Antminer devices are among the most popular names when it comes to ASIC devices for cryptocurrency mining. The company has been expanding their offerings - and have now begun to release ASIC devices which can break through the mining algorithms of cryptocurrencies which were earlier seen as ASIC-proof such as Ethereum, Zcash and Monero among others.

Interestingly, Bitmain isn’t the only cryptocurrency mining company which is looking forward to launching an IPO. Their China-based rival Canaan, which holds about 15% market share when it comes to cryptocurrency mining devices - is also looking forward towards an Initial Public Offering in the Hong Kong stock markets. If all goes as per plan, Canaan Creative is expected to raise as much as $1 Billion from the IPO. We will conclude with the statistic that Bitmain’s revenues are 12 times that of Canaan’s.