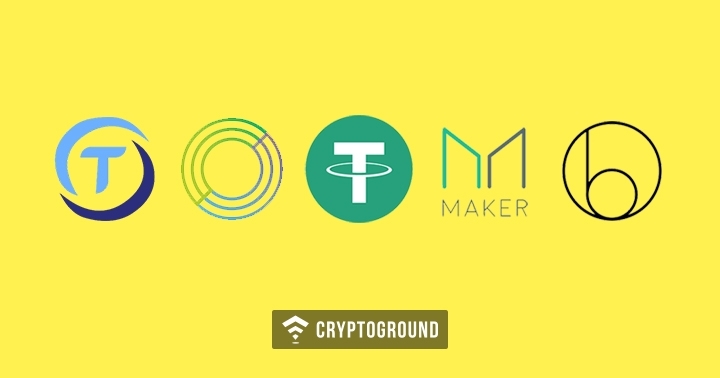 Barring the first couple of weeks of 2018, cryptocurrency investors have had little to celebrate in the year. Markets have been crashing - and a ‘bloodbath’ phase has since come about. However, even in a year which is as slow as 2018, there has been one type of cryptocurrency which has made a significant progress - Stablecoins. Reports from research firm Diar point out that there has been a massive growth in the use of Stablecoins.

[Read our Complete Guide to Stablecoins for more info on Stablecoins]

Over the past few months, three new stablecoins have been introduced into the markets - USDC, backed by Circle and Coinbase, Gemini-backed Gemini Dollar (GUSD) and the Paxos Standard token (PAX) - another name which has been making a significant progress in the recent times is that of the True USD (TUSD) stablecoin. Collectively, these four stablecoins have witnessed a growth of over 1000% between September to November.

In September, the stablecoin markets had crossed the $2.3 Billion mark. Over the next two months, this was all set to go beyond double - as the stablecoin markets are now past the $5 Billion mark. PAX has shown a massive growth over the past three months as the currency has grown by over $1.8 Billion. Paxos is a stablecoin which is based on the Ethereum (ETH) blockchain. Interestingly, this figure is almost twice when compared of that of the USDC cryptocurrency - developed by Circle and Coinbase.

Another indicator as to how stablecoin wars are heating up is that of a recent development from Poloniex. The Circle-backed exchange announced that free USDC trading on the platform has now been extended by another month. In the past, it was announced only for the month of November - however it will now last all through the holiday season. This is an incentive for their customers to trade on the Poloniex platform. Given that cryptocurrency markets are going through a rough phase, there is a chance more such incentives would come from other exchanges in the days to follow.

This move from Poloniex also counters the discounted fees that Binance offers to its customers when they make use of the BNB token. Binance, the largest cryptocurrency exchange in the markets has a dominating hold over the markets and exchanges such as Poloniex are innovating to fight back. Binance has also listed a number of stablecoins, including Paxos on their platform.

Stablecoins are the safest bet in such turbulent times in the cryptocurrency markets where one is not sure if their holdings are going to rise or fall. Holding (or HODLing) stablecoins ensures that the USD value of your portfolio is not affected regardless of how violent a swing comes in the markets. Stay tuned with us at Cryptoground for all the latest updates and news stories from the world of cryptocurrencies and the blockchain technology.

Bitcoin Dominance Surges Past 50% for the First Time Since Mid-Decembe...