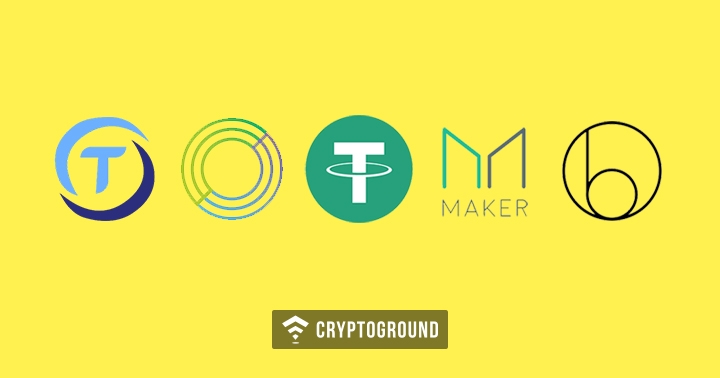 The one defining characteristic about cryptocurrency markets these days is the extreme level of volatility that the markets present. Prices of currencies are peaking one day and crashing the other. However, if you consider the past eight months, the markets have been on a gradual decline and the overall cryptocurrency market cap is on a slow downtrend. While many have suffered major losses, smart investors have used stablecoins to minimize the damage!

Considering that stablecoins are getting really popular - and are becoming a helpful tool when it comes to combating the price instability and towards minimizing losses in a market that is on a constant collapse, here are some key aspects about stablecoins that every cryptocurrency investor needs to know:

Stablecoins are getting increasingly popular as the markets continue to get volatile and unpredictable. The more prices collapse, the more are people being attracted towards stablecoins. Stablecoins, for those who may be unaware, are currency-pegged cryptocurrencies which continue to reflect the same price (or have very minor fluctuations). These currencies are seemingly unaffected by the market crash. Many smart investors these days tend to convert their mainstream crypto into stablecoins to ensure that the actual price of their holding in USD remains stable, even if the market crashes.

Consider this scenario: you bought BTC at $5,000 - it then surged to $10,000 but the markets have begun to collapse again. If you keep holding your BTC, there’s a good chance you may end up with a lesser amount. To ensure that your value in USD remains stable, you can invest in stablecoins - which offer little to no fluctuation in price. You can then trade your $10,000 worth BTC to purchase $10,000 worth of stablecoins - and no matter what happens to the price of BTC after that, your $10,000 will remain safe.

They are among the most popular form of stablecoins. Fiat Collateralized Stablecoins are also the easiest to create as they are backed by a fiat currency. Basically, how these currencies are created is that a particular amount of currencies is collected and cryptocurrencies are then issued on a 1:1 basis against the money. Sometimes, currencies are pegged against non fiat commodities such as gold and oil too - but the value of these commodities is again measured in fiat money.

However, this kind of a stablecoin needs regular audit to ensure that the money against which the currency is issued is not being siphoned off. This method of creating a stablecoin involves a third party custodian who acts as the guarantor of the fact that these are indeed backed by a fiat currency.

This can be understood with the following example: If a stablecoin is created which is backed by Litecoins, the creator/custodian of the stablecoin needs to hold 2 Litecoins to issue 1 Stablecoin. The reason behind a 2:1 ratio on stablecoins backed by cryptocurrencies as opposed to the 1:1 ratio on fiat-backed coins is that cryptocurrencies are very volatile in nature - and even if 50% of the price falls, the currencies in supply won’t really be affected.

These kind of currencies are considered to be a rather risky investment option because of the high volatility of the cryptocurrency markets. While prices are known to rise and fall, sometimes, this fluctuation can be so high that the currency which backs the stablecoin can crash - leading to the stablecoin crashing as well!

Non Collateralized Stablecoins are created using smart contracts which automatically increase or decrease the supply of the stablecoins based on the demand and supply measures. This is run in a way similar to how fiat currencies are governed by banks. However, many in the markets are still skeptical about trading these kind of stablecoins because they are highly unpredictable and even a slight flaw can lead to a major loss. More research and development is needed in this direction before non collateralized stablecoins can become a mainstream success.

Stablecoins offer a number of benefits. Let us take a closer look at some reasons as to why stablecoins are beneficial not only for the traders but for the cryptocurrency economy at large:

This characteristic can be held true for most cryptocurrencies and not just stablecoins. However, one of the biggest benefits of stablecoins is the fact that they act as a store of value and can be used as digital currencies paid to traders to purchase goods or services - or to other people to make trade settlements. Stablecoins are particularly useful in this because they act as a store of value which tends to remain quite stable and can hence be a ‘standardized’ store of value.

Talking of a standardized store of value, stablecoins can actually become a reference point in the cryptocurrency economy. Considering that they are the constant elements in a market which is otherwise overwhelmingly dominated by variables, stablecoins come to the aid of those looking forward towards a measurement unit to compare market values. Basically, no matter how the market moves, the price of stablecoins will remain the same.

Stablecoins have also found a good use in countries where the governments are hostile towards cryptocurrencies. India, for that matter, has emerged as a country where stablecoins have found a major use. Since the central banking authority banned transactions with crypto exchanges, Indian traders are resorting to converting their holdings to stablecoins instead of withdrawing.

One of the biggest arguments against stablecoins is that of the fact that these currencies are quite risky as they are fully dependent upon the underlying asset. If the price or the value of the underlying asset depreciates, the tokens - and all their holders would suffer. This has been noted in the real-world applications too - Saudi Arabia’s Riyal, for example, is a dollar-pegged currency and the global valuation of the US Dollar can affect those holding the Riyal fiat currency too!

Crypto-pegged stablecoins are even more dangerous. In case of a ‘black swan’ event, when the markets crash in a flash and currencies fall to extreme lows, the stablecoin which is backed by this currency would also face this flash-crash - resulting in huge losses and major instability in the markets.

Now that you understand what a stablecoin is, the various types of stablecoins, benefits and criticisms of stablecoins - let us take a closer look at a list of some of the top stablecoins that exist in the markets today: 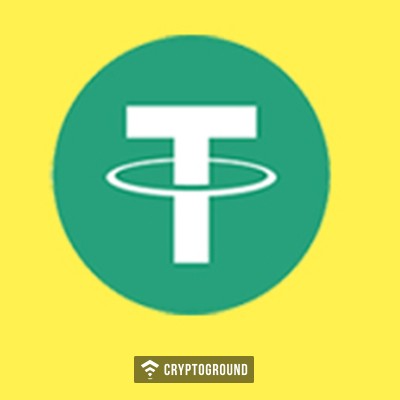 Perhaps the most popular stablecoin of all times, Tether has been an active name in the cryptocurrency industry. As of this writing, Tether is the 8th most popular cryptocurrency, with a market capitalization of $2.83 Billion. The currency has been pegged to USD in a 1:1 ratio - meaning 1 Tether = 1 USD. For every Tether that is issued, $1 is added to a savings bank account as a collateral security. 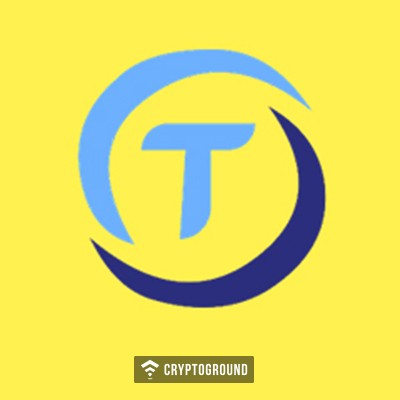 Another popular stablecoin, TrueUSD has one major advantage over Tether - the fact that it is audited in a more transparent fashion. While some suspect that Tether isn’t fully collateralized, TrueUSD doesn’t leave any such suspicions. Both currencies are pegged 1:1 with the US Dollar. However, in terms of market capitalization it is a long way from catching up with Tether. TrueUSD’s market cap is a mere 73 Million USD and it stands ranked 88 compared to tether, which is ranked 8th. 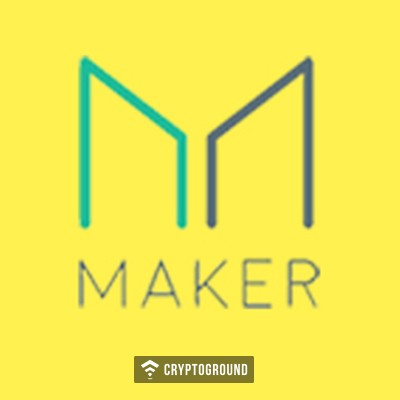 Dai is a stablecoin that comes from Maker, which is a Decentralized Autonomous Organization (DAO). The currency is pegged against the US Dollar but it is fully backed by Ethereum. Each Dai is worth $1 USD. The system is such that smart contracts help it maintain the price stability. While it isn’t as popular as TUSD or USDT, Dai is bound to bounce higher once Ethereum’s prices rise again. 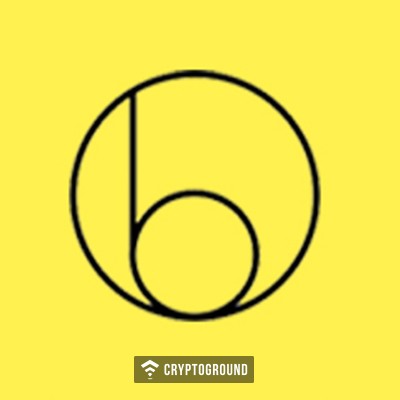 A non-collateralized stablecoin, Basis is perhaps the most popular such type of cryptocurrency. Basis, which was formerly known as Basecoin, has been getting a number of investments of late and is evolving at a rapid pace. The currency maintains its supply with the help of an algorithm which is maintained by a smart contract. The supply of Basis expands and contracts based on this algorithm which helps it stay stable. 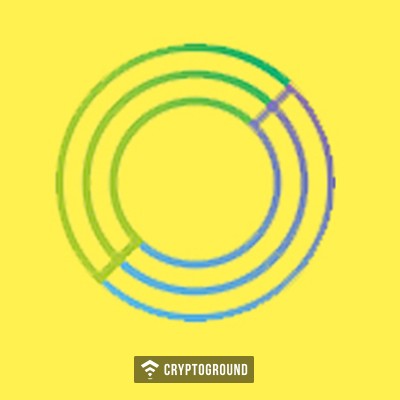 An emerging name in the world of stablecoins, USD-C is basically Circle’s own stablecoin. Circle is the platform which recently acquired the Poloniex cryptocurrency exchange - and this stablecoin is likely to make its much-awaited debut on the Poloniex platform. As of now, details around USD-C are quite limited. All that we know is that USD-C would be powered over the Ethereum network and that it would be pegged to the US Dollar.

Stablecoins as a concept are rather perfect. A cryptocurrency unlike any other - one which has a fixed and stable price. However, considering that there is a high amount of ambiguity in auditing and verifying if these currencies are indeed backed by the collaterals that they claim is one of the biggest question marks that shroud Stablecoins.

For now, names such as Tether and TrueUSD have proven to be among the biggest names in the industry - and with upcoming names such as USD-C emerging, it is expected that the markets will gradually accept them even more than ever before. The massive success of Tether, which is now a part of the top-10 cryptocurrencies by market cap proves that stablecoins are a critical element in today’s day and age where the prices are on a continuous collapse! A sharp cryptocurrency trader or investor in today’s markets cannot ignore stablecoins.