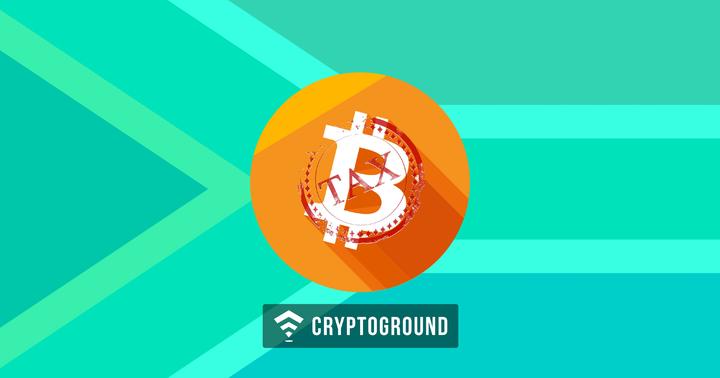 Over the past few months, it has been observed that a large number of countries are getting stricter on cryptocurrency regulations. While there are some governments which have politely asked their citizens to pay taxes on cryptocurrencies, others have taken more drastic actions - such as imposing bans and restrictions. For governments, there are two major concerns:

The Government of South Africa too, realizes these concerns. However, the government has taken a very moderate approach to cryptocurrencies - as they have neither banned it nor imposed any major regulations on them. However, the South African Revenue Services (SARS) has just one requirement - that citizens pay their taxes on cryptocurrency earnings.

Despite cryptocurrencies not being considered as a legal tender in the country, citizens of South Africa have to pay taxes on cryptocurrency earnings. As per the SARS, merchants who accept cryptocurrency payments need to declare it as a taxable income and those who are making a profit by buying Bitcoins at a low price and selling them at a high price need to declare that as a capital gains tax.

The SARS has also clarified that even Bitcoin miners would have to pay taxes over the income that they make by mining Bitcoins. Basically, anyone dealing in cryptocurrencies in any form - has to report it in their annual profit or loss statement. “The onus is on taxpayers to declare all cryptocurrency-related taxable income in the tax year. Failure to do so could result in interest and penalties,” the SARS stated.

As per the South African Revenue Services, there is no need to create new tax laws to specifically cover cryptocurrencies. The SARS treats them as an intangible asset when it comes to the taxation system. "Following normal income tax rules‚ income received or accrued from crypto-currency transactions can be taxed on revenue account under ‘gross income’. Alternatively, such gains may be regarded as capital in nature‚ as spelt out in the eighth schedule to the Act for taxation under the capital gains tax paradigm,” said the SARS.

While much of the taxation structure has been made clear by the SARS, the only thing where there’s still some confusion is the treatment of VAT (Value Added Tax). For now, the SARS does not require VAT registrations when it comes to cryptocurrencies. However, the parliament of the nation is going to review the VAT treatment of cryptocurrencies in the near future - and a clarity on these regulations is then expected.

Tax authorities of India, USA and Spain have been asking crypto-exchanges to hand over details about the traders, even summoning and subpoenaing them in some cases. Over the past few months, we have seen some tax laws from Germany and the US - and the stark differences between the two. While Germany has been very liberal in cryptocurrency taxation and US laws being almost the opposite of that, South African laws seem to have found a sweet spot somewhere in between.