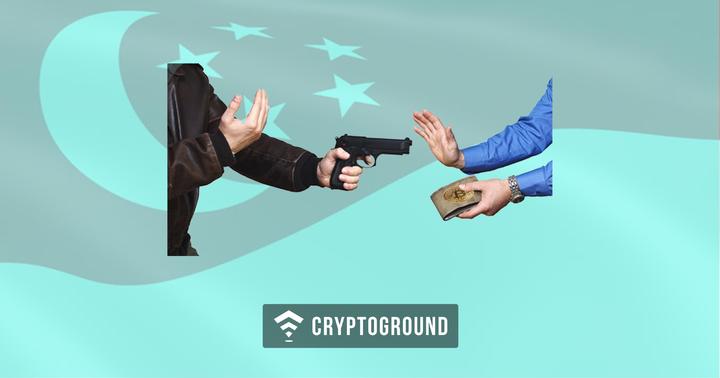 As of now exchanges, wallets, and crypto coins have been hacked by the intruders who were successful to find loopholes in their codebase. But prsently, physical robbery attacks has also come to light. A citizen of Singapore is alleged to have robbed over $300,000 cash from potential Bitcoin purchasers in an in-person trade meet.

On April 8, two crypto brokers were discussing a transaction with their client to trade Bitcoin. While the brokers were all set to purchase bitcoin from the seller, a mugger came in from nowhere, assaulted the brokers and snatched away $365,000 from them. The dupes hurriedly contacted Police in Singapore and addressed the whole incident to the officer in charge.

Thankfully enough, the Singapore police got hold of the alleged mugger after three days of filing the FIR. On inspection, it was revealed that this wasn't the first time that this 36 years old man robbed someone. Complaints against him were also made in the past for desecration and robberies.

As per the reports, if this thug is convicted, he would have to serve a vigorous jail sentence for around 20 years. He would also have to face 12 or more cane strokes for this crime. And for his past embezzlements, the term would vary from two to fourteen years. The AC (Assistant Commissioner) of Singapore Police Force acclaimed the in charge boys and stated that police is ever ready to take harsh steps to convict such thugs and make sure that they repay a considerable price of their life for such crimes.

"The Police will not condone anyone committing such serious offenses and profiting from the proceeds of the crime. We will spare no efforts in pursuing such criminals and deal with them by the law."

This is the first crypto-related robbery case in Singapore but surely not the last. As blockchain and crypto market is growing, crimes and hacks around it are taking place on almost daily basis now. One of such incident took place two months back when a blogger disclosed on social media that he looks forward to becoming wealthy with Bitcoin. He was reportedly attacked in his house.

Such attacks are alarms for the crypto traders to not brag about their investments in public. While trading cryptocurrency in hand, always run an initial check on the client and never carry large cash amount together. Discuss the transaction first hand and then make the payment in recurring meeting. Crypto wallet users should also use decoy wallets to prevent robbery attacks.