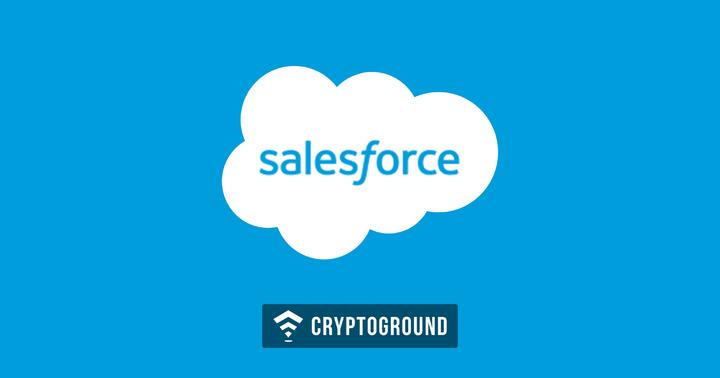 Known for their expertise in the world of Customer Relationship Management platforms as well as in the world of cloud computing, Salesforce is a giant in the world of technology. The company has been very ambitious and entrepreneurial. At one point, Salesforce was even rumoured to be acquiring Twitter! The company continues to be enterprising as it is now working on developing a ‘crypto and blockchain solution’.

These days, hardly a day goes without the announcement of some company venturing into the blockchain space. However, Salesforce isn’t just ‘some company’. It is a major name in the world of technology and their entry into the blockchain and cryptocurrency markets gives the crypto-economy a much needed boost in faith. Salesforce has been historically known to adapt to new technologies quickly and they now appear to be eager to become a part of the blockchain revolution.

Salesforce expects that this project that they are working on will be ready by the time the Dreamforce conference comes up later this year. This news that Salesforce is working on a blockchain and cryptocurrency solution comes from an interview which Salesforce co-founder Parker Harris gave with CEO Marc Benioff at the TrailheaDX conference. Here’s a statement from the CEO:

Dreamforce is the annual conference that Salesforce holds. This year, Dreamforce is scheduled for September 25 to September 28 and will be held in San Francisco. While this is a major announcement coming from a big tech firm, this announcement didn’t gain as much attention as it should have as this was quickly followed by an announcement from the Rockefeller family owned VC fund Venrock teaming up with CoinFund over investing in cryptocurrency startups.

A number of firms from around the world have shown faith in the blockchain technology. The system is being used by the private sector as well as governments across the world. To add to this, when it comes to the crypto and blockchain technologies, Ethereum co-founder Vitalik Buterin stated it the best when he said, this technology has the potential to touch millions of lives and we are still scratching the surface! With time we expect more such industry heavyweights to become a part of the blockchain and cryptocurrency revolution.

US Traders Overlook the FBAR Requirement When Filing Cryptocurrency Ta...