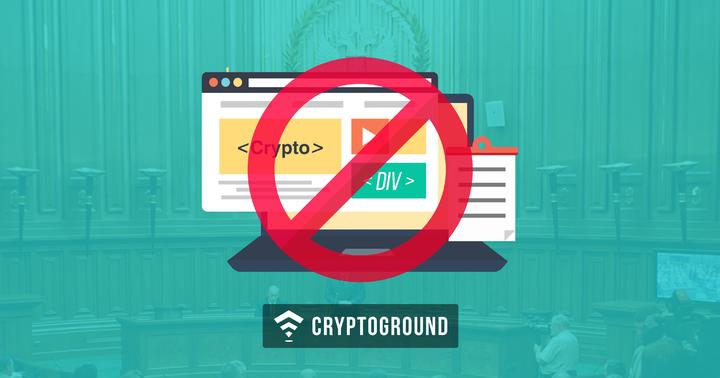 Russian cryptocurrency information website Bitcoininfo.ru had been blocked in 2016 by the Vyborgsky District Court of St. Petersburg on the grounds of undermining the country’s fiat currency - the Ruble. However, the court is now reviewing this judgment. The initial hearing was done without the knowledge and participation of the defendants and they had been unaware of the blocking of the site. They had no idea about the ban till the point of original appeal period had closed.

Since they had missed the appeal window, the court declined their review requests. However, this development will be good news for the management as it will allow them to at least put their points forward. The appeal has still been passed onto the St. Petersburg City Court by the Supreme Court.

It might add a little to the optimism as the same court has overturned the bans on 40 bitcoin-related sites previously.

All this reflects on the disdain of the Russian government against cryptocurrencies and their fear of the Ruble getting undermined by these anonymous transactions. It seeks to block all website providing information and selling cryptocurrencies in the country with an excuse to protect the investors.

Russia is hoping to give a structure to cryptocurrency practices in the country with a thoroughly discussed legislation by July 2018. Two drafts have been circulated separately by the Ministry of Finance and the Central Bank of Russia with an aim to regulate the cryptocurrency eco-system. The two drafts have reached a near consensus in areas of crowd-funding in cryptocurrencies but are yet to agree on issues of cryptocurrency operations. There would be various slabs and restrictions in areas such as Initial Coin Offerings (ICO). Russia too like other countries are against legalizing cryptocurrencies as a medium of exchange.

Russia has been an interesting case study in the adoption of cryptocurrencies. It had initially embraced cryptocurrencies and even planned to launch a “Digital Ruble” a few months back. Their largest bank Sberbank had also planned to set up a cryptocurrency exchange in Europe. Russian hotels are open to accepting cryptocurrency payments as during the upcoming FIFA World Cup.

However, the latest news coming in shows how the Russians intend on treating this industry with an iron fist. Russia's security Service FSB has reportedly issued a ban on the popular messaging service Telegram on launching a virtual currency. Telegram has launched the world's biggest Initial coin offering (ICO) in 2018 and has raised $1.7 billion for a new currency called as “Gram”. The Russian regulators are not hesitant to enforce strict actions over the company’s refusal to hand over encryption keys to private conversations and disrupting hundreds of online services.