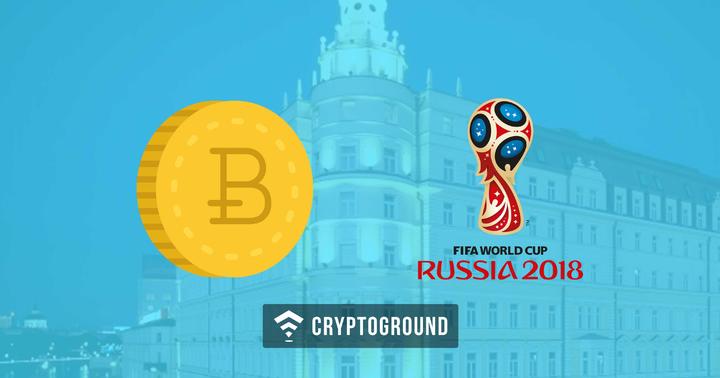 The FIFA World Cup is one of the biggest sporting events of the modern day and age. This event takes place once every four years and is one of the most anticipated events globally. The 21st FIFA World Cup is all set to take place in Russia between the 14th of June to the 15th of July this year. With the world cup coming to Russia, there is good news in store for cryptocurrency enthusiasts. Most hotels in Russia and specifically in the city of Kaliningrad would accept crypto-payments.

The FIFA World Cup in Russia would see a total of 64 matches which would be played across 11 cities and 12 venues. Kaliningrad is home to 4 of these matches which would be held here on the 16th, 22nd, 25th and 28th of June. Over the course of these days, Belgium, Croatia, Morocco, Nigeria, Serbia, Switzerland, Spain and England would participate in sporting activities in the city!

In an interview with Buying Business Times Russia, Anna Subbotina, the manager of Apartments Malina commented, “Crypto-currencies are now enjoying increased interest. Gradually they will come into use as a means of payment. And we decided that the fans should be able to pay for our services with the help of this innovative technology. It may very well be that other hotels [are] awaiting our example for the forthcoming football holiday.”

In addition to Kaliningrad, Ekaterinburg, Moscow, Kazan, Saint Petersburg, Volgograd, Rostov-on-Don, Sochi, Nizhny Novgorod, Samara and Saransk would also be hosting football games for the FIFA World Cup. A number of hotels in these cities too, would be accepting cryptocurrency payments.

The cost of the rooms is going to steadily increase as the FIFA World Cup approaches. Whichever country the world cup goes to, sees an increase in tourism and hospitality industry in the nation thrives for that period of time. Reports from Russia indicate that the average cost of hotel rooms may go as high as 18,000 Rubles ($310) per night.

With cryptocurrency payments being made possible, it would provide the users with an easier, simpler way to make these payments. Moreover, they won’t even have to carry an excessive amount of cash or get it converted with the Russian authorities.