There were many reports in the media that Reliance is working on launching a JioCoin cryptocurrency as well as a JioCoin app. Many developers with a malicious intent started developing apps and websites in the name of JioCoin - trying to attract unsuspecting and novice users. After this news broke out, it appears that Reliance has now issued an official statement stating that there is no such app such as a JioCoin app that has been developed by them.

The said press release can be seen in the Tweet below. The same has been reported by Times Now, one of the leading English language news channels in India. "Reliance Jio would like to inform the public and media that there are no such apps offered by the company or its affiliates/associates. Any such apps using the JioCoin name are fake and people are advised to refrain from dealing with any of them," the company clarified in their statement. 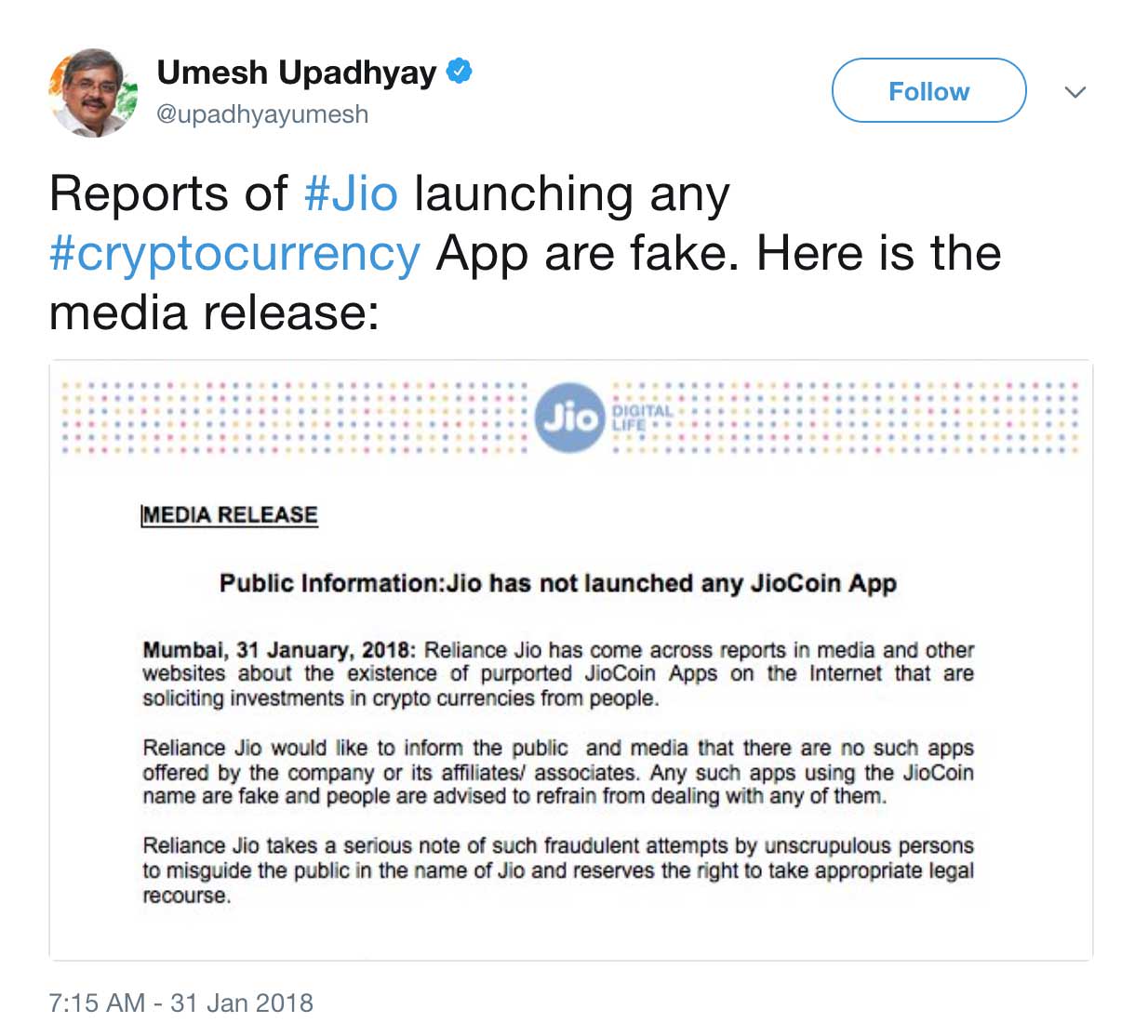 However, while Reliance’s media statement on the JioCoin app clears the air, there’s one interesting detail in their statement. At no point in their statement has Reliance denied that they are working on a cryptocurrency. This is perhaps one major proof of the fact that the company is indeed planning on launching a JioCoin cryptocurrency in the near future.

India is one of the biggest cryptocurrency markets in the world. A report from Quartz stated that one in every ten cryptocurrency transactions happen from India! This is indeed an impressive statistic. However, India has a large population where many people are novice investors. It is essential that these novice users remain protected from scams and Ponzi schemes which are being run in the name of JioCoin.

Reliance JIo has issued a strong statement here where they have stated that they may look into a legal recourse if such reports persist. For those of our readers who may have come across such fake JioCoin cryptocurrency apps, we strongly recommend you to report them to Reliance!

Factom (FCT) Price Improves From Yesterday And Trades Around $14 - Fac...

Govt. of Antigua and Barbuda to Set Up Country's First Cryptocurrency...