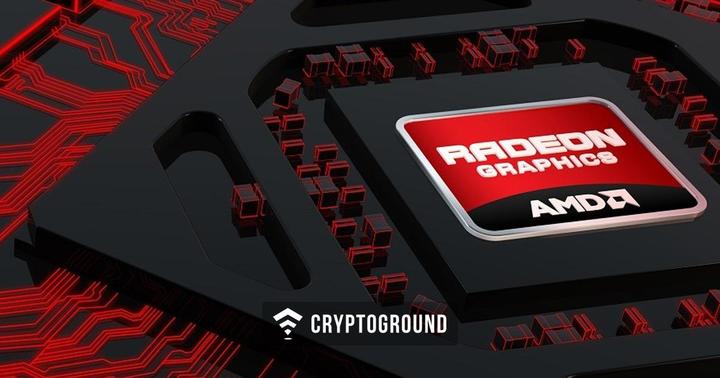 GPU based Cryptocurrency Mining is quite popular with miners. However, for GPU-makers, it is a double-edged sword. There are a number of conflicts that bother GPU-makers because the original intention was to create these GPUs for Gamers. However, miners began to hoard these devices - affecting the gamers, their core audience adversely as the price began to rise due to limited supply. While this dilemma goes on, AMD, which is one of the biggest manufacturers has already begun to prepare for a world where demand from miners may reduce.

Reportedly, AMD worries that when the demand from the miners reduces, this would cause an adverse impact on their business. In an annual report which came out in late February, AMD stated that in 2017, much of their growth was driven by the demand from cryptocurrency miners. The report reads:

AMD realizes that there are some currencies where mining has upgraded from GPUs to ASICs, but then there are Proof-of-Stake based currencies such as Ethereum which are not likely to move on from GPU mining.

Over the fourth quarter of last year, AMD’s GPU division rose in market share from almost 27% to 33.7% - which is a significant rise. AMD’s gain is Nvidia’s loss as Nvidia’s market share fell from 72.8% to almost 66%. Miners had purchased GPUs worth $776 Million last year - and the statistics indicate that AMD might be the bigger benefactor here.

However, with new businesses comes a new business risk. Cryptocurrency Mining using GPUs is a relatively new audience for AMD. As stated above, GPUs were solely being purchased by gamers in the past. While this rise in demand from miners has helped AMD get a significant boost in their market share, AMD also realizes that if this demand falls, this could have a major impact on their GPU business.

Perhaps anticipating the risk of the fact that cryptocurrency miners are an unstable factor of demand and might result in an instability once their demand falls, Nvidia has continued to focus more on gamers than on miners. The company has even issued a directive to sellers to prioritize sales to gamers over miners!

“The cryptocurrency market is unstable and demand could change quickly. For example, China and South Korea have recently instituted restrictions on cryptocurrency trading,” The AMD report concluded. “If we are unable to manage the risks related to a decrease in the demand for cryptocurrency mining, our GPU business could be materially adversely affected.”

Facebook Won't release Libra Cryptocurrency in India because of Regula...

Ethereum’s Scalability Issues Will Be Eliminated with ETH 2.0; GAS Fee...