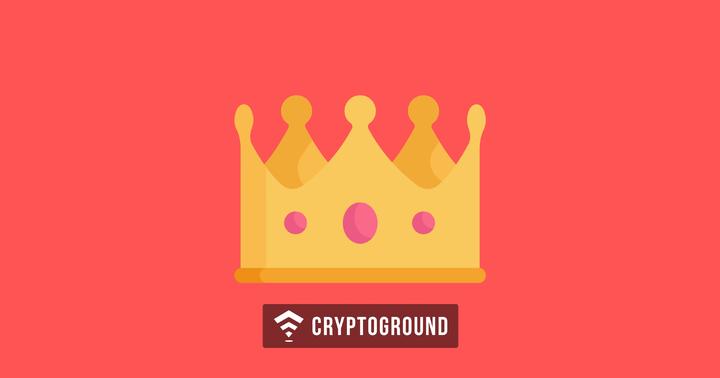 Having started off in mid-2017, Binance is the newest name on this list. However, despite being the latest addition to the list, it has been topping the charts when it comes to daily volume of transactions. In less than a year, the exchange has managed to gain the trust of millions of people, as well as that of investors. Binance has managed to raise $2 Billion in funding in less than six months of its existence - making it the fastest growing unicorn startup in the world!

Another reason why Binance tops the list when it comes to the best cryptocurrency exchange and why many traders are attracted towards Binance is the fact that it offers safety in trade. The platform has been the target of many attacks but has never been hacked. A recent attack took the platform down for several hours, but Binance resumed trading - another attack was foiled where hackers ended up losing money! Binance has also set up a hacker bounty program (first of its kind in the crypto-world).

The exchange offers users from all across the globe to trade on their platform and offers a large number of coins to trade from. They also have their own cryptocurrency token, the Binance Coin. Binance is also quite simple and easy to use. Practically anyone can join the platform and begin trading on Binance.

Bittrex too, like Binance, is a very safe platform. It ensures the safety of its users and offers a number of options such as 2 Factor Authentication and new IP verifications which ensure that only authorized users can log in. Bittrex is selective about the cryptocurrencies it lists. While there were hundreds of currencies listed on the platform, Bittrex has now decided to remove 82 currencies which were not being traded actively or had broken blockchains. This ensures that practically all the currencies on the Bittrex platform are safe to invest in.

Bittrex allows users of all nations to trade on their platform (except the nations where the US government has imposed trade sanctions). Another great feature of Bittrex is the fact that it offers a number of trading and analysis tools. For professional traders who like to analyze graphs and historical values of the currencies, Bittrex is the best cryptocurrency exchange! However, don’t let these technical tools fool you, thanks to its simple User Interface, Bittrex also has a great platform for beginners as well!

Poloniex is another major name and a strong contender for the title of the best cryptocurrency exchange. The exchange has been making it to the news lately over the $400 Million sale of the platform. Having been acquired by Circle, Poloniex is all set to get a major cash flow behind them - which will help the platform to grow even further.

The platform offers great tools for analyzing various currencies which pro-traders can make use of to analyze currencies before actually investing in them. Poloniex offers a simple user interface, though Binance and Bittrex appear more pleasing to the eye. There have been some attacks on the Poloniex platform in the past and some traders have incurred losses, but that is now a thing of the past as it happened years ago. The platform is now much more secure and efficient than ever before, equipped with new and improved security measures.

The country in which the cryptocurrency exchange is an important factor that needs to be kept in mind before choosing the exchange. This is due to multiple reasons. First off, choosing an exchange based in your nation would eliminate the cost of currency conversions. A person living in Japan trading on a US-based exchange would first need to convert his currency into dollars and then buy cryptocurrencies using those converted dollars.

Security is a basic need when it comes to cryptocurrency exchanges. Platforms such as binance are considered among the best cryptocurrency exchanges because they offer a strong security measure. Platforms must ensure that they are protected from hacking attacks, as well as the fact that users remain protected by offering services like 2 Factor Authentication and IP address verification. Binance and Bittrex top the charts when it comes to security.

Payment methods are another important factor that every user needs to keep in mind while selecting the best cryptocurrency exchange. Not only does an exchange need to have a wide variety of options in which it accepts money, but also a wide variety of options using which traders can withdraw money. PayPal and Credit Cards, for example, are a feature that even some of the top cryptocurrency exchanges lack!

Another thing that needs to be kept in mind: Is the platform user-friendly? Does it offer an easy to use layout for the beginners, as well as does it offer tools of analysis for the pro-users? Exchanges should be beginner friendly where even a first-timer can easily operate them. Depending on your experience in trading cryptos, all the options that you need should be present.