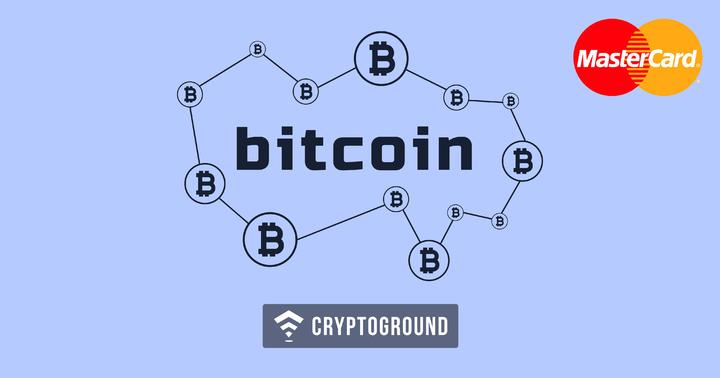 A recently discovered patent from Mastercard which was filed with the USPTO reveals that the fin-tech giant is planning to develop a system which links cryptocurrencies with bank accounts. This comes as the latest effort from Mastercard towards innovating their products in the fields of blockchain and cryptocurrency technology.

Mastercard is one of the biggest names in the world of Fin-Tech companies. It is one of the pioneers when it comes to the intersection of finance and technology. If this patent from Mastercard becomes a reality, the organization might soon empower users to make Bitcoin payments from their credit cards. While there have been attempts from various blockchain startups towards developing similar products, this is the first time that an international giant such as Mastercard has ventured in this direction.

The company has acknowledged that there are indeed disadvantages when it comes to using cryptocurrencies. It is stated in their document that much of it relies on the ‘payer’s good faith’ and that these transactions might take some time to process. However, that being said, Mastercard realizes that there is a strong need to enhance the storage capacities as well as the processing of these kinds of payments - as this is no grounds to dismiss an emerging technology. The company reveals in their patent filing that:

While Mastercard is yet to create an actual product which makes use of this patented technology of theirs, the concept in itself has brought quite a bit of excitement in the markets. As noted above, many small-cap players and startups have tried implementing this sort of a technique in the past and cryptocurrency-specific debit cards do exist. However, to introduce a card which allows switching between fiat and crypto payments is a unique and innovative concept which comes from Mastercard.

It has been noted in the recent past that not just fin-tech companies and startups, but even banks have been heavily investing in blockchain and cryptocurrency products. Several banks are experimenting with the use of blockchain technology for remittance payments, etc. The likes of Ripple have been setting up a global, blockchain-based network of banks, making the transfer of money simpler, faster, cheaper and more secure.

Mastercard has filed a number of blockchain related patents in the past. Here’s a quick look at some of these most recent patents from the company:

This latest patent filing from Mastercard comes as an even exciting prospect as this is something that fits in really well with the products that they are currently powering. Mastercard’s technology could truly help bring seamless card-based cryptocurrency transactions to life!