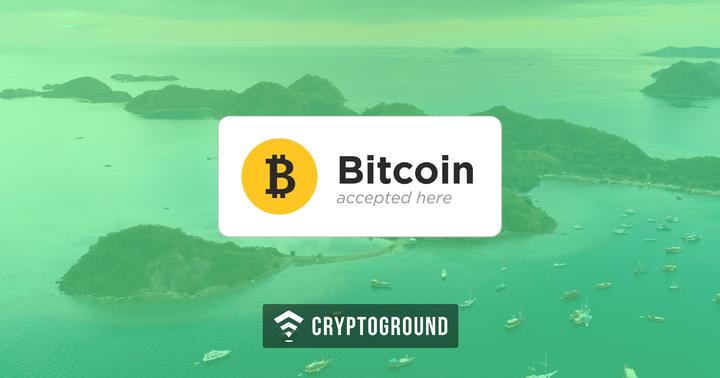 A utopian society has been a concept often thought about but never brought about. However, we might very soon be about to see the first ever utopian society as a group of investors, philanthropists and academics are working together to create man-made floating islands in the Pacific Ocean which would create their own government. Most interestingly, this island would also have a national cryptocurrency!

This project started off in association with the French Polynesian government - and is expected to complete by 2020. Cryptocurrencies are a crucial part of this utopian society as these floating islands are expected to power their economy with the help of cryptos. The national cryptocurrency of this island has been named Vayron - VAR. This currency is based on the Ethereum blockchain.

The island is being created by startups BlueFrontiers and SeaSteading. There would only be 300 houses on the island - and this is an experimental society. The success or failure of this project would help start off several other similar projects in the years to follow. The island will have its own form of government - which will support and promote cryptocurrencies.

Coming to think of it - it is a great idea to start off your own region with your own government if your government is being too strict on cryptocurrencies! The concept is simply that of creating a society which is crime free and a society that is progressive - economically as well as socially and politically. Nathalie Mezza-Garcia of Blue Frontiers commented on this, saying:

“If you don’t want to live under a particular government, people will be able to just take their house and float away to another island.”

“Our mission is to further the long term-growth of the seasteading movement. Our current focus is to enable the first seasteads by researching critical engineering, legal and business challenges, increasing public awareness, and building a core seasteading community.”

Interestingly, the other company involved in this deal, Seasteading, has Peter Thiel as one of its founders. Peter Thiel is a known supporter of cryptocurrencies and has been backing Bitcoins even at a period when the markets were going through the bloodbath phase. Thiel is also one of the earliest investors when it comes to some major tech firms such as Facebook.

These countries have a limited source of revenue and are usually heavily dependent upon tourism and foreign investment - often even attracting dubious businesses such as gambling and even acting as a host for money laundering. Nevertheless, cryptocurrencies have brought a fresh ray of hope and a legitimate business opportunity.

All the aforementioned countries have been trying their best to make themselves a ‘crypto friendly’ nation. With this new ‘man-made island’ coming up, it’s reliance on cryptocurrencies won’t really be a novelty given the route these nations have chosen in the recent past.