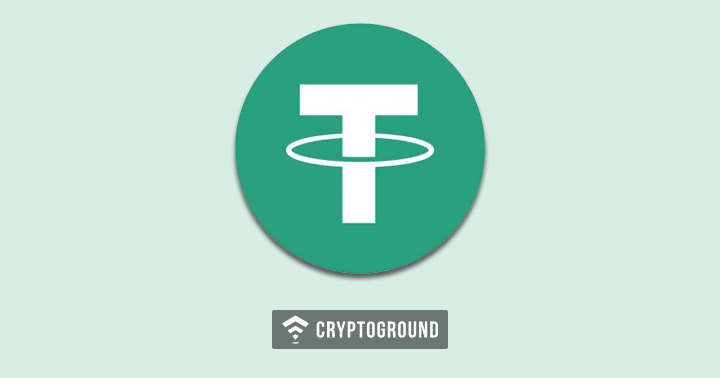 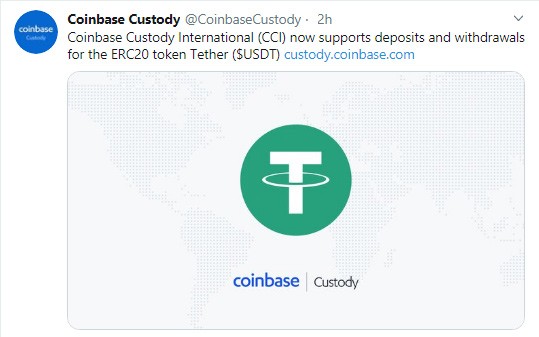 While the original tweet by Coinbase Custody has since been deleted, the official site shows USDT (ERC-20) as one of the supported assets on the institutional-grade investment platform. The stablecoin joins a pool of over 60 cryptocurrencies supported by the custodian including Bitcoin (BTC), Ethereum (ETH), Litecoin (LTC), and more.

Coinbase Custody International launched in Ireland earlier this year with a goal to offer the highest institutional-grade custodial services to users outside the U.S.

Since launching on Ethereum in 2017, USDT on the ERC-20 standard has witnessed impressive growth surpassing OMNI-based USDT to become the largest share of the stablecoin. As of November 2019, the total volume of USDT transacted on Ethereum set a $100 billion milestone and has grown to obscene levels as of today.

According to charts provided by Coinmetrics.io, the total number of USDT on Ethereum stands at $5.734 billion as of May, 31. OMNI based USDT is quickly shrinking and Tron-based USDT has since surpassed the Bitcoin platform placing second with a total of 2.283 billion USDT on TRON and 1.335 billion on OMNI.