Iran and Russia May Use Cryptos to Bypass US-Imposed Sanctions 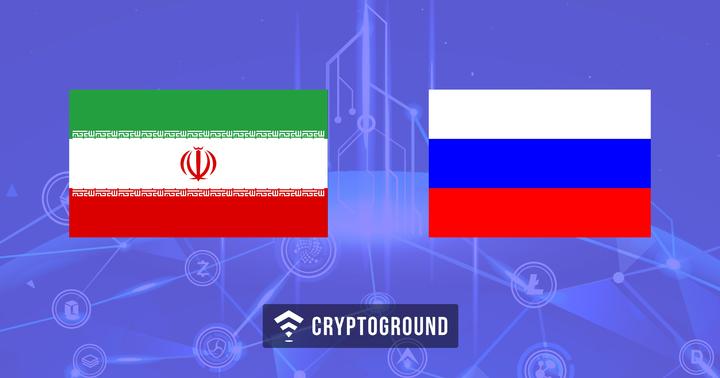 Having major economic sanctions being imposed upon them - Iran and Russia are two nations which are struggling to keep their economies afloat. It appears that the two are now planning to use cryptocurrencies to bypass these sanctions imposed by the US.

Often when countries violate human rights or constantly defy UN directives - other countries tend to break trade relations with them - isolating them into giving up under the pressure of an economic destability. Multiple sanctions have been imposed upon Iran over their nuclear stockpile - and same is the case with Russia over their invasion of Ukraine. The US, EU and a number of other nations have broken off several trade relations with these nations.

Dollar-based commerce is critical for the success of a country as their balance of payments gets affected ultimately leading to their country weakening against the dollar. This has been happening for quite some time in both Russia and Iran. Iran’s Rial hit a new low after the recent nuclear deal was withdrawn.

Reports from Russian publication RBC indicate that Iran and Russia are having ‘high level talks’ to circumvent dollar-based commerce with the help of cryptocurrencies. It is not unheard of countries to bypass economic sanctions using cryptocurrencies as it has also been observed in the cases of North Korea and Venezuela in the past.

Mohammad Reza Pourebrahimi, the chief of Iran’s Parliamentary Commission of Economic Affairs has commented that:

Mohammad Reza revealed that he had met with Russia’s Dmitry Mezentsev, who heads the Federation Council Committee on Economic Policy in Russia. He confirmed that Iran and Russia are looking forward to cooperate over a cryptocurrency pack which will help them circumvent the SWIFT imposed restrictions. He further stated:

“They share our opinion. We said that if we manage to promote this work, then we will be the first countries that use cryptocurrency in the exchange of goods.”

Russia has been a country which has been surprisingly progressive when it comes to cryptocurrencies. Russian President Vladimir Putin has been supportive of the concept and has even suggested that the European Union as well as the BRICS nation adopt one common cryptocurrency standard. Even in his home country of Russia, Putin has been working towards establishing a CryptoRuble - a digital currency that would be backed by the bank and used in the country as a legal tender.

In addition to this, Russia has also allegedly helped Venezuela develop their oil-backed cryptocurrency, ‘Petro’. However, Russian officials continue to decline these rumors. There has been quite a lot of development happening in the world of cryptocurrencies in the Russian front - interestingly, several hotels in Russia are now going to accept cryptocurrency payments during the FIFA World Cup - helping Russia take another step forward towards crypto adoption.