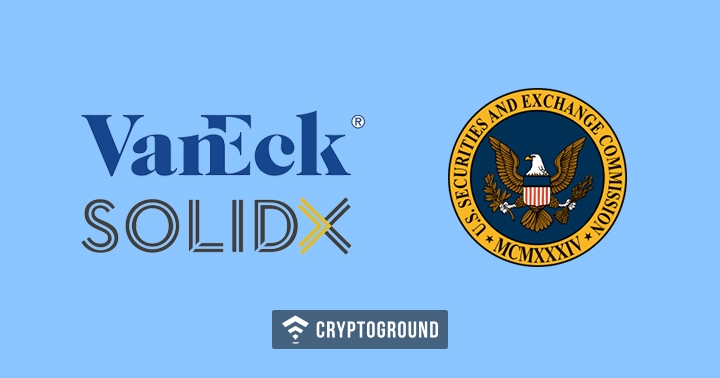 The U.S. Securities and Exchange Commission (SEC) has postponed its decision on the listing and trading of a VanEck-SolidX Bitcoin exchange-traded fund (ETF) until September 30. CBOE BZX Exchange, on June 20, 2018, had filed an application with the US SEC to list and trade shares of SolidX Bitcoin Shares issued by the VanEck SolidX Bitcoin Trust.

The SEC usually needs to take a decision within 45 days of a filing of a proposed rule change, or within 90 days should the Commission deem necessary. Accordingly, it decides to approve, disapprove, or extend the period of consideration. For VanEck-SolidX Bitcoin ETF, the SEC said it is extending a 45-day time period.  The US SEC said in an official release:

As of August 6, 2018, the SEC has received more than 1,300 comments on the proposed VanEck-SolidX Bitcoin ETF, most of them being positive. Market observers are hopeful that SEC would approve the first-ever Bitcoin ETF soon.