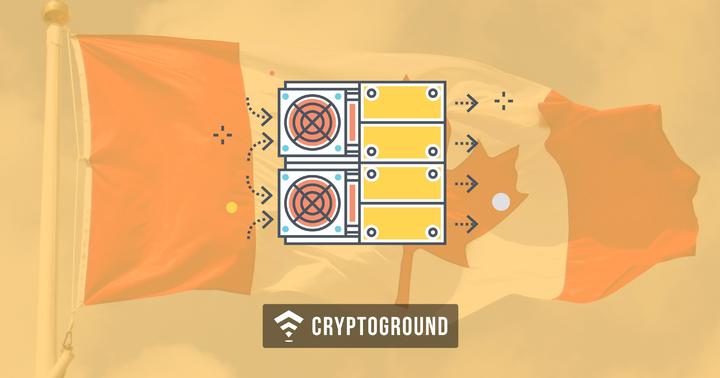 One of the biggest mining firms in the North American continent, Canada based HyperBlock, has now announced that they are all set to acquire CryptoGlobal. For those who may be unaware, CryptoGlobal too is a cryptocurrency mining firm. This acquisition deal between the two companies took place for $106 Million in Canadian Dollars (CAD).  CryptoGlobal is also based in Canada.

This deal between the two companies has taken place at a price of $0.74 per share - resulting in $106 Million CAD for the entire deal. The merger is expected to be complete in about a month’s time. Following the merger, both these companies will operate together under one name - HyperBlock Technologies Corp. This merger will give HyperBlock complete control of CryptoGlobal’s assets.

CryptoGlobal’s asset include thousands of cryptocurrency mining rigs which are currently mining various cryptocurrencies including Bitcoin, DASH, Ether and Litecoin. The biggest reason to acquire CryptoGlobal was to perhaps give HyperBlock’s Mining-as-a-Service (MaaS) a boost.

“Our aim is to become a comprehensive direct-to-consumer crypto company, offering products and services to the mainstream customer for making and managing their crypto-asset investments,” Sean Walsh, CEO at HyperBlock, told Reuters. “Combining HyperBlock’s large-scale mining-as-a-service model with CryptoGlobal’s existing mining, custodial storage, and crypto trading businesses creates a strong foundation for both organic growth and growth through acquisition.”

This acquisition would see Sean Walsh becoming the CEO of both these companies. Rob Segal and James Millership will join the management team, helping manage the operations at HyperBlock.

Another motivation for HyperBlock to acquire CryptoGlobal is perhaps the fact that they are planning to get listed on the Canadian Securities Exchange later this year and this mammoth acquisition would help investors gain faith in the company.

Even before this announcement was made, HyperBlock was the biggest cryptocurrency mining firm in North America. The company owns 10 Petahashes of mining power - which is massive! For those who may not understand the technical aspects here, a regular AntMiner S9, which is the most popular Bitcoin ASIC miner can mine at a power of 13 Terahashes. Basically, HyperBlock has the power of 750+ AntMiners running simultaneously.

On another surprising note, the company reportedly has another mining facility ready - which can mine at a similar power of 10 Petahashes. A total of 20 Petahashes, as well as the acquisition of CryptoGlobal is all set to propel HyperBlock into the international scene as a cryptocurrency mining giant. This is one of the biggest business deals in the world of cryptocurrencies so far.  Stay tuned with us for more news updates from the world of cryptocurrency!