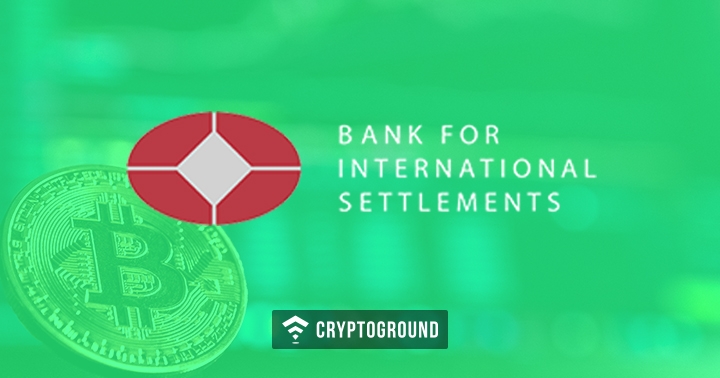 The Bank for International Settlements (BIS), also known as the central bank of central banks, has released a report that claims that although cryptocurrencies are efficient in some areas, they are not meant to replace the monetary system entirely. The BIS did, however, hint at the possibility of digital currencies by the central banks themselves.

The BIS released an assessment on digital currencies and blockchain or distributed ledger technology as a part of its annual economic report. The report stated that a successful monetary system requires to be elastic in order to address the demand and to facilitate transactions successfully and it must also be scalable with the economy. Central banks successfully perform these functions while also taking care that the payment systems function smoothly and the supply of reserves is carried out properly according to the shifting demand. The report mentions that cryptocurrency, which works on a decentralized system is not an adequate replacement to the traditional bank-based monetary system.

A decentralized consensus system in which all transactions are verified can cause a loss of trust in the system, as no central authority is involved, causing doubts on the conclusiveness of the payments. Compared to a central system such as a bank which is highly secure, decentralized networks are easier to access and manipulate. A lack of trust could mean that the system may stop functioning altogether and this may result in loss of value of a currency. Apart from this, another issue with cryptocurrency is their volatile nature. Digital currency consumes energy extensively, due to which they are incapable of scaling with rising transactions. This makes them prone to value fluctuation and congestion.

Matching the supply of the means of payment with transaction demand requires a central authority, such as a central bank, to expand or contract the supply. The authority has to be able at times to trade against the market, even if this means absorbing a loss. In a decentralized network, by contrast, no central agent exists with the incentive or mandate to stabilize the currency’s value. The report further highlighted that day after day, new cryptocurrency enters the market and makes for unstable valuations.

The finality of the transaction is a concern

In traditional payment systems, a payment is finalized once it passes through the Central bank’s books. It cannot be revoked. But with permissionless cryptocurrencies, based on decentralized consensus, conclusiveness cannot be guaranteed since there could be two contradicting versions of the payment in the ledger. This usually happens when two miners simultaneously update the ledger. This can cause transaction rollbacks. Such a situation is further problematic since only one copy of the ledger can exist. The payment finality in distributed ledger system is probabilistic and unreliable.

Another problem is that virtual currencies can be manipulated by miners who control a large computing power. “Forking”, where a group of virtual currency owners deviate from the original version of the ledger and stick to a new version can also cause lack of credibility. Forking could also be an outcome of the unstable and fragile nature of the system used to update the ledger, the bank stated. While some of the issues could be solved with the help of new protocols, others are due to the inherent issues with the decentralized system, like a lack of scalability and instability.

While cryptocurrency may not be the best to replace a monetary system, the technology has other uses such as cross-border transactions. Virtual currencies also face regulatory challenges to prevent money laundering and terrorism funding. Anonymous cryptocurrencies are harder to regulate and they are also being used to avoid taxes and illegal activities. Fraud is an issue with initial coin offerings (ICOs) too. And with increasing use of digital currencies, new risks are expected. The major issue is that they cannot be regulated directly as they do not fall into any existing legal framework and it’s impossible to determine their legal docile.

You can read the full report here.