Why Cryptocurrency Mining is a Very Risky Investment 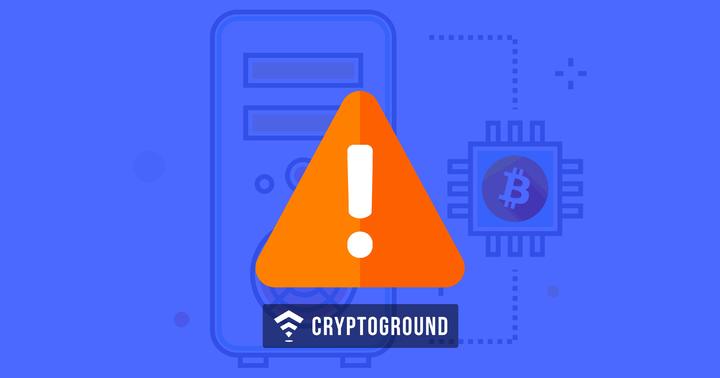 Over the past few months, there has been an active rise in interest around cryptocurrencies. While discussions around this topic get featured on the mainstream media outlets, there has also been a rise in discussions around cryptocurrency trading, investment and mining. Cryptocurrency mining particularly has been on the rise. The mining hardware industry now makes over a billion dollars a year and is expected to post greater profits this year.

Cryptocurrency mining is basically setting up of mining rigs which use a very high processing power, consume a lot of electricity and solve complex mathematical problems. Upon solving these problems - the ‘miners’ get a reward. Since mining involves generation of new cryptocurrencies, with time you amass a lot of currencies - break even with the investments - and then make profits on a regular basis. Sounds too good to be true? That’s because it isn’t! While the process sounds extremely simple, there’s more to it than what meets the eye.

Mining is a risky investment due to a number of reasons. Let us take a closer look at the various factors which contribute to the risk factor when it comes to cryptocurrency mining.

Why is Cryptocurrency Mining a Risky Investment?

Cryptocurrencies are a relatively new technology and haven’t even been around for a full decade. In this short time, however, it has been observed that mining can be very fruitful for some, but equally disastrous for others as timing is everything! Here’s a closer look at the various risks associated with cryptocurrency mining.

Massive Investment With No Guarantees: Mining is not an activity meant for the poor. It is a cost-intensive activity. Even before you start the mining process, you need to buy cryptocurrency mining hardware. The hardware alone tends to cost thousands of dollars, depending upon the quality and the quantity of the equipment that you purchase. Often miners tend to buy multiple hardware devices and combine them to form a ‘mining rig’.

Basically, mining for cryptocurrencies is a costly affair with no guaranteed returns! Never invest more than what you can afford to lose.

When you begin to mine, the price of the currency that you are mining for maybe $1,000. However, a couple of months later, you realize that the price has fallen to $500. This will take you twice as long to break even compared to what you had initially planned. The volatile nature of cryptocurrencies is one of its biggest assets as well as demons and miners, especially those looking forward to entering the markets at this stage need to look out for price volatility.

Government Hostility: Another factor that plays a role when it comes to making cryptocurrency mining a risky investment is the fact that sometimes governments can be very unpredictable. Some countries such as China have issued a number of strict regulations on mining. Other nations have decided to make some aspects of mining taxable while nations such as Germany classify mining under tax exemptions.

Obsolescence: This has been something which has observed with practically every technological and electronic device. The rate at which newer technology has been coming out is way faster, rendering the older ones obsolete.

CPUs were rendered obsolete for mining by GPUs, and GPUs by ASIC devices. Even when it comes to GPU mining, there are a number of GPUs which keep getting better every few months. Some GPUs have improved processing power, while others have more RAM to offer - making them the subject of the envy of those using older devices.

The most recent example of this can be the arrival of the ASIC Ethereum Mining hardware which was introduced by Bitmain earlier this week. This has the potential to render GPU based Ethereum mining useless if adoption becomes mainstream. Basically, a new device may come out just a few months after you buy a mining hardware - which renders all your previous investment pointless.

Increasing Mining Difficulty and Decreasing Mining Rewards: Another challenge that affects cryptocurrency mining and makes it a very risky investment is the fact that the mining difficulty tends to increase at regular intervals. Let us take Bitcoin, for instance. When mining operations began, the mining difficulty was considered to be at ‘0’. From thereon, it increased to a high of 4.2 Billion in these years. Same is the case with most other cryptocurrencies.

In addition to the increase in mining difficulty, the block rewards are also on a decline. Mining rewards (for Bitcoins) reduce by 50% every four years. Currently, miners get 12.5 Bitcoins per block solved. From 2020 onwards, this reward would be down to 6.25 Bitcoins per block. This is based on the assumption that cryptocurrency prices too, would double by then. However, this factor adds on to the risk as the prices are really volatile.

How To Stay Safe?

In a time when mining is getting increasingly risky and difficult, it still continues to be an enticing opportunity given that the miner has finances enough to help them reach the break-even point.