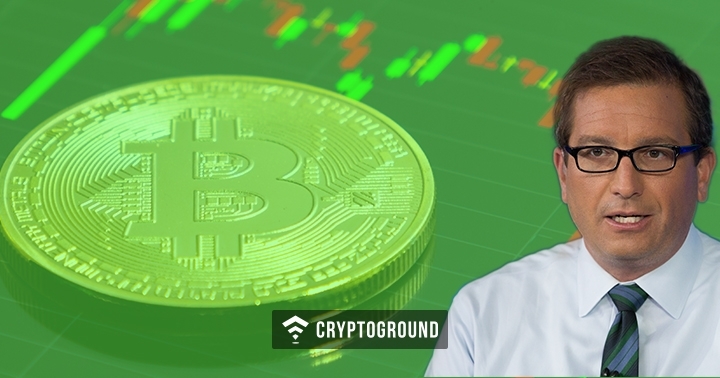 Bitcoin Exchange Traded Funds (ETFs) have been one of the most controversial topics of discussion in the crypto community over the past year. For months there has been a debate about whether or not Bitcoin ETFs should be allowed. The Securities and Exchange Commission (SEC) of the United States is the body tasked with making the decision - and it keeps postponing its final judgment every time. Cryptocurrency analyst Brian Kelly has now commented that Bitcoin ETFs have ‘no shot’ in 2019.

Brian Kelly, who is one of the most well-known names in the cryptocurrency industry, is an entrepreneur and a frequent contributor on CNBC. During an interview with cryptocurrency news publication Cointelegraph during the Crypto Finance Conference, being held in Switzerland, Kelly commented that while the bear markets appear to be coming to an end, it is highly unlikely that Bitcoin ETFs would get a green light anytime this year. He said:

“Probably in 2019 the focus will be on currencies — Bitcoin, Litecoin, some of those — because we have quite a bit of geopolitical tension in the world. We are starting to see some global macro players use Bitcoin as alternative to their gold position, or as a way to hedge against fiat currency fluctuations and volatility.”

Kelly believes that over the course of 2019, Bitcoin’s adoption would rise and that it would become a more mainstream asset among investors. To be fair, Bitcoin’s adoption has been on a constant rise year-after-year. However, while the prices surged in 2017, we are yet to see a year which acts as a ‘defining moment’ where Bitcoin’s status as a mainstream form of payment can be ascertained. Interestingly, this is not even the first time that Kelly has commented on cryptocurrency ETFs. Earlier in 2018, he had said that: "If you are selling Bitcoin because of ETF delay, you are doing it wrong."

A Bitcoin ETF is basically an investment fund which has Bitcoin as the underlying asset. The fund tracks the value of the underlying asset and is traded on the stock exchange. The biggest benefit of a Bitcoin ETF would be that it would allow consumers who aren’t into Bitcoin trading get easy access to Bitcoin-based investment products without actually investing into cryptocurrencies and going through the process of signing up for an exchange, etc.

Over the course of 2018, a large number of cryptocurrency related organizations have expressed interest in starting off with their own Bitcoin Exchange Traded Funds. The most high-profile name out of these is that of the Winklevoss twins, who own the Gemini cryptocurrency exchange. Reports from September pointed out that even industry-giant Coinbase is interested in starting off with a Bitcoin ETF in association with Blackrock.

However, despite this rising interest towards Bitcoin ETFs, the US SEC is yet to approve any of them. As per Brian Kelly, it is unlikely that the SEC will give an approval any time soon because “there is too much that is unresolved.” A similar quest is going on in other nations such as Japan too - where Bitcoin ETFs are being debated - but while the current status continues to be unclear, it is likely that the situation will continue to remain this way for the foreseeable future.