Cryptocurrency Exchange Binance Goes Down For 12 Hours of Maintenance; Denies Rumors of a Hack 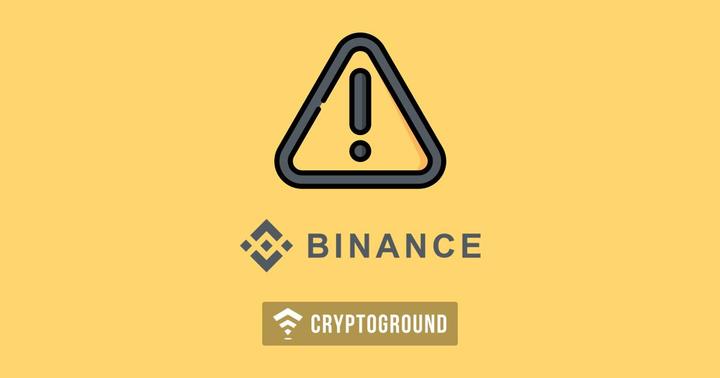 Binance, which burst onto the scene last year, has been one of the biggest names when it comes to cryptocurrency exchanges. In a relatively short period of time, Binance has gained a large number of users and ranks among the top three exchanges of the planet. With such massive volumes of trade happening, it is hard for Binance to even be ‘down’ for a few minutes. However, Binance has announced that the exchange will be down for 12 hours as it is undergoing maintenance.

This announcement from Binance comes amid rumours of a major hacking attack, which the company has clearly denied. Binance CEO Zhao ChengPeng, popularly known as CZ has been assuring users over Twitter that there’s nothing which is wrong with the exchange. However, things began to appear suspicious when the downtime went beyond the promised 12 hours.

The first statement from CZ stated: We experienced a server issue on our replica database cluster, causing some data to be out of sync.  Need to fully resync from master.  Due the size of the data, it will take several hours.  No data is lost.  We appreciate your understanding and support.

Hours later, when things were still not restored, CZ sent out another tweet stating: Update: Data sync is slowing down compared to before. Still got a few billion records to sync. Unfortunately, data sync is far slower than our in-memory matching engine speed. We will update a new estimated time shortly. Painful day! Also need to hire more dev ops.

Binance has gone down merely weeks removed from a major attack on Japan’s CoinCheck cryptocurrency exchange where a heist of over $500 Million had taken place. Binance has been growing rapidly - but this sudden, unannounced downtime might result in some users thinking about other options.

As per statistics from Coinmarketcap, Binance has a trade volume of over $2 Billion in a 24-hour period and has 190 cryptocurrencies and tokens listed. This makes Binance one of the biggest and the most popular options for users. Binance has shown an incredible growth as the platform is not even one year old. Having started operations in mid-2017, Binance is probably the only ‘unicorn’ brand in the world to have managed to raise $2 Billion in venture capital in less than six months.

While Binance remains down, traders will be unable to buy, sell or transfer their cryptocurrencies. Most users are also unable to log into their accounts. While the CEO has clearly stated that there the platform has not been hacked, a number of forums are reporting that something suspicious might be underway because a similar string of situations arose in the past e-BTC, which was a major cryptocurrency exchange had got hacked. As of this writing, Binance is still down - but is expected to be back up and running shortly. Stay tuned with us at CryptoGround more updates from the world of cryptocurrencies!