Are You Ready to Play CryptoCup? 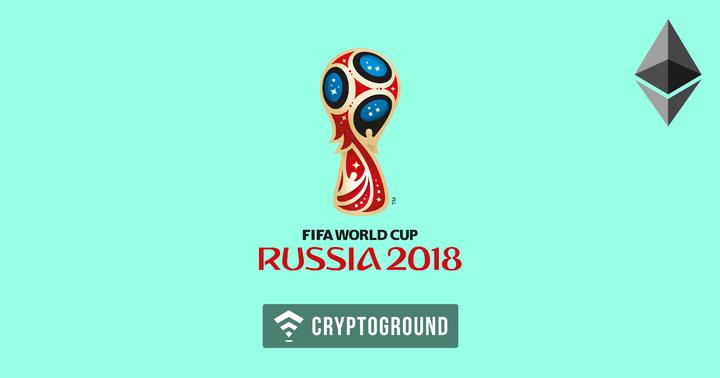 In the present day, anything that is associated with the word Crypto is considered as a global or a worldwide entity, due to the widespread reach of Cryptos. However, before the accession of cryptocurrencies, there was another entity that demanded a worldwide attention, the World Cup. This year, the reach of the Cryptos has not spared even the World Cup. CryptoCup is the biggest sports prediction game that merges the crypto world and the 2018 World Cup.

How is CryptoCup different from mainstream sports betting?

CryptoCup claims to be a game changer in the world of sports betting. Contrary to the mainstream sports betting system, Cryptocup sets the entire process as a prediction game that allows you to build teams and win reward fund based on the right predictions. The use of cryptos have contributed to the novelty and ease of operation for the CryptoCup. CryptoCup is also more transparent and trustworthy due to the usage of blockchain technology.

Why is CryptoCup using Ethereum tokens?

The choice of Ethereum token is due to the experimental nature of the project. CryptoCup will be using the more rarely seen ERC721 token standards, which makes the tokens non-fungible and unable to do a partial transfer. The tokens are also limited to trading only during the period of World Cup. Furthermore, CryptoCup will be releasing 32 tokens for the 32 teams. Ethereum tokens meet the requirements of such complex terms and each token can be considered as an e-ticket that cannot be stolen, feigned or altered.

Reputable names that are coming together for CryptoCup

CryptoCup boasts a banding of big names, Greg Colvin, the core developer of Ethereum Virtual Machine has joined the team as an advisor. Coinfabrik, the creators of Jaxx and RSK wallets also became a part of the team overseeing the technical part of CryptoCup. Coinfabrik has also audited the smart contracts of CryptoCup. The collaboration of such renowned industry experts can only do good to the project.

How do you make a profit with CryptoCup?

When you purchase a team, it will be registered under your wallet address until someone decides to buy it from you over the original cost. This is a simple method to make a profit with CryptoCup. There is a much interesting way to make a profit in CryptoCup, which is by staging virtual matches against other teams. You can also encourage players to join your team, you will make a profit everytime your team wins. This prediction game is more interesting than your usual sports betting. Predicting on CryptoCup gives a sense of owning a team rather than just betting on the win probability of a game. You will also be able to earn a higher reward when your team wins the knockout rounds.

CryptoCup has the potential to change the face of sports betting. It may even develop in the direction of gaining collective sponsors for a team. The possibilities are endless. However, the reality of Cryptocup is a show for the future.

Craig White Again Claims to be Satoshi Nakamoto, Gets Blasted by Anoth...