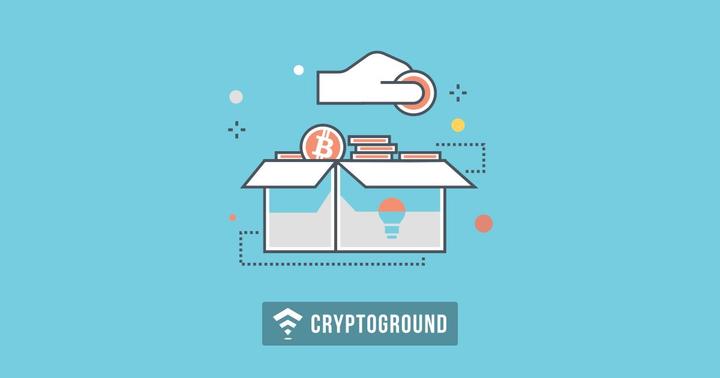 One of the most common myths when it comes to cryptocurrency energy consumption is that Credit Card transactions are more energy efficient. First off - when you swipe the Credit Card, you are not settling the payment then and there. You are initiating the process of payment authorization.

When you swipe your card and initiate the process - this process of payment involves 5 parties! You, your bank, the card network, the merchant’s bank and the merchant. While the merchant gets paid immediately, the settlement of the payment finally happens when you pay your Credit Card bill which might take days or in some cases, weeks!

#2: Mining is Basically a ‘Useless Calculation’

A large number of people do not understand how the process of mining works. This is because it is a complex process which involves the understanding of computer science. To most, a miner burns a lot of electricity for some calculation process and gets bitcoins in exchange. This has led to this popular myth that mining is a ‘useless calculation’.

If you look at the larger picture, the Bitcoin network is essentially a group of connected computers which keep the record of all transactions that are happening! This network is free to use and allows anyone to join. After users join the network, they can send and receive payments in the form of Bitcoins. Moreover, they also become a part of this record keeping process - keeping a record of all transactions that are happening. The Bitcoin network is transparent because all these transactions are visible and updated.

When miners ‘mines’ for Bitcoins, they are basically getting their computer to agree with other computers on the network. When computers perform this aforementioned ‘useless calculation’ they are basically agreeing over the shared data they have. All transactions are verified, thereby ensuring that a trustworthy network of electronic cash is created.

While it is absolutely true that mining for Bitcoins does consume quite a lot of energy, the fact is that not all energy use is bad. If Bitcoin mining does, in the long run, become the leading source of energy consumption in the world - it can eventually lead to an innovation drive which would double down the efforts towards cleaner energy sources.

Currently - and in the foreseeable future too, heavy industries such as those involving smelting of metals and other metalworks, are the leading consumers of energy. These industries tend to either move to places where the cost of electricity is cheap (because electricity expenses account up to only 30% of their total incomes) or resort to dirtier sources of energy. Moving entire factories and workforce might not be a suitable option for heavy industries - causing them to resort to dirtier, cheaper energy sources.

In the world of Bitcoin mining, electric costs are one of the biggest expenses (more than 50% in most cases) for miners and they are always looking for alternative sources of generating energy. Miners have been known to move places to get cheap electricity or alternative sources of electricity such as solar and wind energy. Iceland has become a miners paradise because of the geothermal and hydraulic energy that the country generates!

The more the Bitcoin revolution progresses - the more are the chances of it speeding up the green energy revolution. Bitcoin’s growth will help benefit the growth for cleaner sources of energy.

#4: Bitcoin Mining Will Not Become Energy Efficient With Time

There’s a lot of pessimism around Bitcoin mining. Many believe that the process will not become energy efficient with time, despite constant reassurances. One of the biggest concerns right now is that when the number of transactions eventually increase with time, it is going to consume more energy to have them verified and approved.

However, while this is theoretically true - the real scenario is quite different. The technology is constantly evolving and there are a number of new methods which are being worked upon to improve the system. One such effort is the development of second-layer networks which will make it possible for tens of thousands of transactions to take place in a matter of seconds!

The recently introduced lightning network is basically one step forward in that direction. This sort of a technology helps perform batch settlements of a bulk of transactions by basically writing two transactions on the blockchain. Moreover, with the algorithm that powers the Ethereum consensus mechanism eventually likely to shift to proof-of-stake from proof-of-work, it is expected to get faster and more innovative - and thus more energy efficient over the next few years.

#5: Energy Consumption Tends To Increase With the Number of Transactions

Last but not the least, another popular myth associated with Bitcoin is the fact that the more the number of transactions on the Bitcoin network - the more energy would be consumed. However, this is another absurd accusation from people who are not aware how the technology actually functions. The energy used by the miners depends not upon the number of transactions, but upon the competition between the miners.

As of this writing, Bitcoin miners get 12.5 Bitcoins every 10 minutes as a mining reward. However, every four years, the number of Bitcoins gets reduced by 50%. Soon, this will be down to 6.25 Bitcoins, and then to 3.125 Bitcoins and so on. As the mining reward reduces - the competition too is expected to reduce as it will no longer be as lucrative. Moreover, the mining difficulty continues to increase with every block.

As the rewards reduce and the difficulty increases, the competition between the miners will also reduce, thereby resulting in lesser energy consumption in the long run.

While there are many allegations against Bitcoin which are true for now, such as the impact of Bitcoins on global warming, the fact of the matter is - that in the long run, it is going to get better. Thanks to innovations in alternative sources of energy, mining is soon expected to shift to cleaner energy sources - maybe even driving a major part of the sector’s growth!

Scammers informed Victims after Stealing their Money through Coinexx.o...