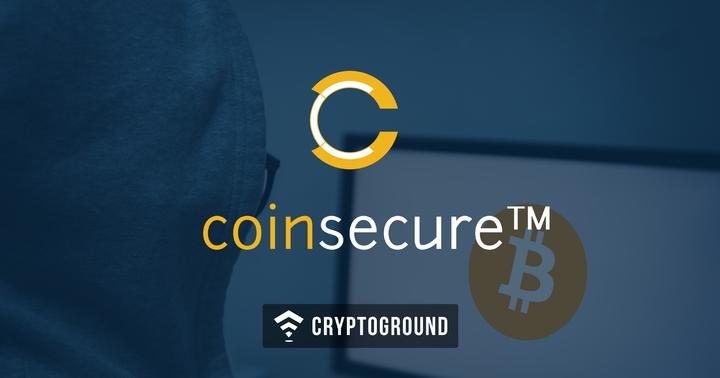 The Indian cryptocurrency markets have been going through a major period of turmoil of late. From the banks denying services to those who deal with cryptos - to exchanges shutting down or getting hacked - the markets are in a state of utter disarray. A new controversy has now broken as CoinSecure has indefinitely postponed the repayment of money for those who had their Bitcoins stolen.

For those who may not be aware of this story, Indian cryptocurrency exchange Coinsecure reported that 438 Bitcoins had been stolen from their wallet in early April. The company has since blamed their Chief Security Officer Dr Amitabh Saxena to be the man who masterminded this heist.

A week after this incident, the company had stated that they have begun working on the claims process and would soon be returning the amount worth the bitcoins lost. Copinsecure had stated that “We are hoping that by the following weekend [April 28-29], we should get started and you should be able to submit your claims withdrawals requests.” However, that deadline having been crossed, the company has now stated that the repayment process has been indefinitely postponed citing legal reasons.

In their latest statement, Coinsecure has said that since there legal investigations which are underway, they need to first seek permission from the authorities to give these reimbursements. However, this permission has not been granted to them yet and the repayment process has since been delayed indefinitely. Here’s the complete statement:

“There has been a delay on that front.When investigations are underway, we don’t have much of a say and do need permission from the authorities to start the compensation process, which we are yet to receive. There will be new contracts rolled out to all our users who held a balance on Coinsecure (INR and bitcoin).”

Coinsecure reported that the Bitcoins were lost when Amitabh Saxena, their CSO was trying to extract Bitcoin Gold to distribute to their users. Saxena states that the funds were ‘lost’ during this operation. However, Coinsecure has stated in their complaint to the Delhi Cyber Cell that they suspect Saxena was the man who masterminded this theft. They mentioned that he also holds an Indian passport and is likely to abscond.

In the past, Coinsecure had said that they have applied lock-in rates of 9th of April and 90% of the funds held by the customers will be re-paid in Indian Rupees (according to the price of BTC on 9th April) - and the rest 10% payment would be made in the form of Bitcoins. Coinsecure has also set up a bounty reward for anyone who helps them recover these stolen funds. A 10% reward has been set up - which is worth $306,722.

Recent reports indicate that Coinsecure before this incident took place, was in talks with Venezuelan authorities to introduce the Petro cryptocurrency in India. Venezuela had made the offer to the Indian government that they would provide barrels of crude oil at 30% discount if the government pays them using Petro. However, the recent incidents surrounding this Bitcoin theft is expected to affect these plans.

Scammers informed Victims after Stealing their Money through Coinexx.o...

France Reduces Cryptocurrency Tax From 45% to 19% For Retail Traders