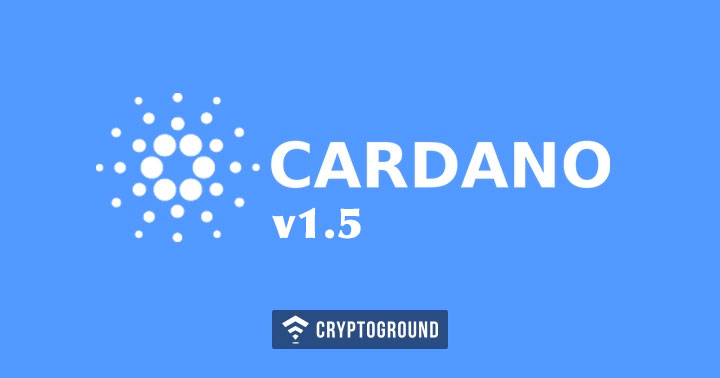 Recently, Cardano achieved a major milestone by releasing the Cardano 1.5 on the testnet that will be later released on the mainnet. This release has been an important step for the Cardano in preparing for “moving to the Shelley development phase.” In its official announcement, Cardano shares its importance with,

“The Cardano 1.5 release is a milestone because it is the last Cardano release of the Byron development phase, which we have been in since the launch of mainnet.”

Cardano ready to get a new Consensus Protocol, Ouroboros BFT

Cardano 1.5 update brings a new Consensus protocol, Ouroboros BFT which has a crucial role in making the transition from the Ouroboros Classic which is the current protocol running on the Cardano Network to the Ouroboros Genesis, which is the protocol to the Shelley era.

“Ouroboros Genesis is a major upgrade to the protocol that underpins Cardano because it is first proof-of-stake protocol that matches the security guarantees of proof-of-work protocols such as Bitcoin.”

As mentioned by the Cardano team, this update is “technically a hard fork” but won’t be happening all at once, rather in a “smooth and automatic way.” As for why, this is a planned protocol where all the parties have agreed to this change.

Cardano team had already made it clear and straight that Shelley phase won’t be released overnight. This will give the developers the chance to implement new protocol features and if bugs are found then to be re-implemented while allowing the users to provide their feedback.

Hence, the Cardano 1.5 release will also bring many other improvements when it finally moves to mainnet in the form of:

“performance improvements when rendering lists with a large number of transactions and wallet addresses, the addition of features for detecting insufficient disk space, and a new screen that visualizes the block storage consolidation process.”

Users and Exchanges Encouraged to Upgrade

The Cardano team is “strongly” encouraging the users to upgrade to 1.5 so that they can help the development team test the transition before taking it to the mainnet. However, anyone who is running a Cardano version from 1.5 won't be able to make the hard fork.

“When the 1.5 release is made later on the mainnet, users will be able to easily upgrade by following prompts in Daedalus.”

Cryptocurrency exchanges are also encouraged by Cardano to migrate from v0 to v1 of the wallet API to test their integration. In the 1.5 release, the v0 wallet API is complete removed, hence cannot be used anymore.