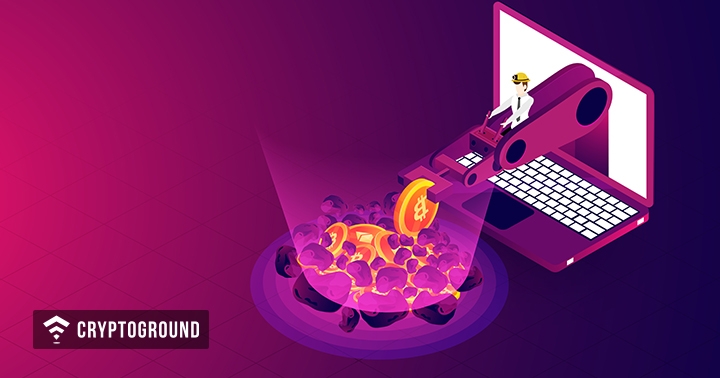 Bitcoin mining has been on a constant decline over the past year. Ever since cryptocurrency prices began to tank, interest in mining has been falling. The situation has gone from bad to worse - and a large number of miners have shut down their machines, some even being forced to sell mining equipment by the kilogram! The impact of this can be seen on cryptocurrency mining related businesses. US-based Bitcoin mining firm Giga Watt has now announced the shutdown of their operations.

The firm had already filed for bankruptcy two months ago, in November of 2018 - and has now decided to call it quits. The company was once ranked among the top-five crypto mining names in the world, but has since gone bankrupt following the bearish markets. A representative of the firm on Telegram has confirmed that the company has shut down, and that all their registered users would get an email notification over the next two weeks about the status of their funds as well as their equipment.

The company notified that those users who do not get the email from Giga Watt will have their equipment safely stored with Giga Watt in a locked facility, they will be notified later on as to how they can get their equipment back. Further information about these locked equipment is not being provided due to legal proceedings. Meanwhile, users who have registered with Giga Watt and have completed their Know Your Customer (KYC) process can withdraw their funds.

Giga Watt has also pointed out that only a few employees now remain with the company, who are working to assist the customers on withdrawing their funds, as well as with the Know Your Customer compliance procedures and other related queries. The crypto-markets are on a downtrend, and the cryptocurrency mining industry is going down with it!

Giga Watt is not the only name to be affected by this downtrend and slowdown in the markets. Cryptocurrency mining equipment manufacturers and cryptocurrency mining pools are also being affected by this. One of the most affected names is that of Bitmain, the leading name in the mining equipment manufacturing industry. Bitmain, which has a market leadership of over 80% - has been forced to shut down offices in Amsterdam and Israel. The company has paused mining operations in their Texas facility and has also reportedly laid off 50% of their total workforce.

In addition to these shutdowns, Bitmain also faced another major setback - the Bitmain IPO, which the company was really ambitious about, is likely to be turned down by the Hong Kong Stock Exchange as the regulatory body has been rather disapproving of this idea, stating that the markets are not yet ready for a crypto-related firm to be listed on the exchange.

Other cryptocurrency mining equipment manufacturing firms such as Japan-based GMO Internet and DMM group have also announced their exit from the crypto-mining markets. Mining pools have also felt the pang of the slowdown - in 2018, the BTCC mining pool announced that it is shutting down. More names are expected to announce their exit from crypto-related markets if this slowdown continues.