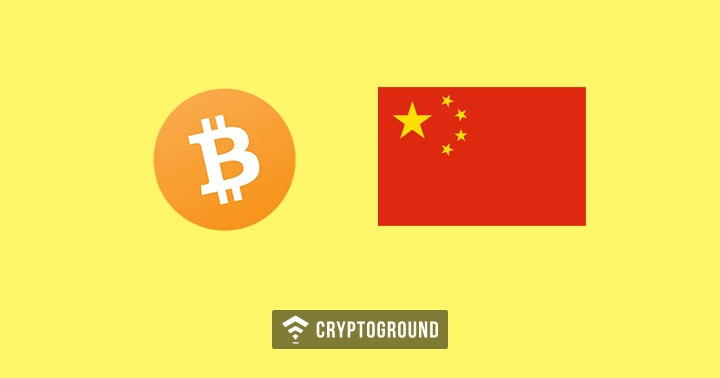 Having been ranked as the nineteenth name in the world of blockchain technology, Bitcoin has made a small recovery in November 2018 - as Bitcoin has jumped from their no. 19 position last month to no. 13 this month in China’s latest cryptocurrency project ranking list for November 2018: gaining six ranks in the process. A total of 33 crypto projects are evaluated every month as a part of this list.

On top of this list from China is EOS, followed by Ethereum at the second place. Both these names have maintained their respective positions since June! This list is prepared every month by China’s Center for Information and Industry Development (CCID), which is an organization backed by China’s Ministry of Industry and Information Technology: making it an official, government-certified ranking.

These rankings rank cryptocurrency projects on the basis of three major factors: basic technology, applicability and creativity. EOS and Ethereum are followed by BitShares, Steem, Nebulas, GXChain, NEO and Lisk. Ripple, Stellar and Komodo rank just above Bitcoin as the 10th, 11th and 12th names on this list from China. Bitcoin has been given a basic-tech rating of 45.1, which is the lowest in the list. Interestingly, while it scores the lowest in basic tech, Bitcoin more than makes up for it in terms of innovation: being the highest ranked name in the list under the ‘Creativity’ category.

The recent chaos surrounding Bitcoin Cash continues to have an impact on the currency’s rankings as well: Bitcoin Cash has now dropped to the bottom five names in the list - scoring 45.6 in basic tech, 20.3 in applicability and 13 in creativity. One of the major reasons for the poor ranking of Bitcoin Cash is the recent hard fork where the Bitcoin Cash community split up.

In addition to the aforementioned names, the likes of Stratis, Waves, Cardano, Monero, IOTA, Verge, Zcash and Sia also appear in this list. The CCID also commented upon their plans for the future, saying:

China started off with this list of crypto projects back in May 2018. Since then, such reports are coming out every month. In their first ever list, the CCID had ranked Ethereum at the top spot. However, every month since then, EOS has held on to that position while Ethereum has been on the second spot.

In the first list that came out, Bitcoin was ranked at #13. The highest that Bitcoin ever managed to reach in this list is the position of #10, which it attained in August 2018. In September, the currency fell to #16 - and hit #19 in October, before finally bouncing back to #13 in November’s ratings. Those working or investing in the cryptocurrency and blockchain markets should keep a close eye on this list as this list is a depiction of how China views these blockchain projects.