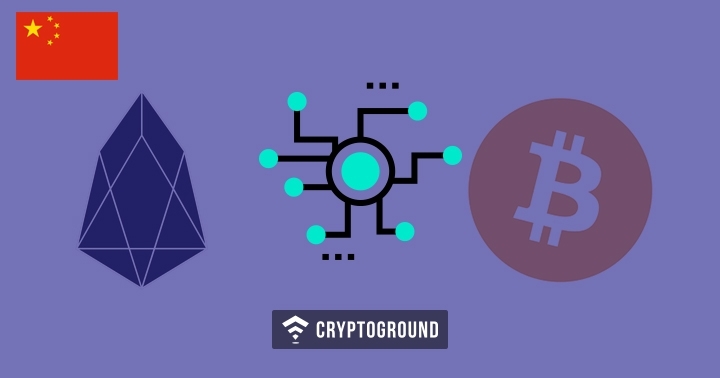 Following EOS on the list are Ethereum, BitShares, NEO and Steem. Among the top 10, the names of Nebulas, GXChain, Komodo, Lisk and Qtum also appear. These rankings are issued by the  China Electronic Information Industry Development (CCID). The CCID is an initiative of China’s Ministry of Industry and Information technology. Considering that this is a government backed body which releases this list, it hints towards which platforms the Chinese government is confident on.

While the government of China has not been as favourable to cryptocurrencies and crypto-firms, they have been backing the blockchain technology. There are a number of projects and firms in China which are utilizing blockchain networks - including China’s ‘dream city’ project of Xiongan - which is a pet project of Xi Jinping.

In the August 2018 rankings from the CCID, EOS had been rated the top-ranked blockchain platform, while Bitcoin was ranked at no. 10. Interestingly, this was the first time that Bitcoin managed to reach the top 10 rankings ever since the inception of this list. However, over the month, Bitcoin was not able to retain the spot or improve on it - as it slid down by six positions to reach the 16th rank.

EOS was not a part of the rankings when the list first debuted in May. However, following their multi-billion Dollar ICO, the platform appeared on the top 10 in June and has since been a permanent feature there, having occupied the first spot since its debut in June, pipping Ethereum to the second position, where it has since been at. While Bitcoin made its first appearance on the top 10 last month, it didn’t really sustain the momentum.

Usually, when one thinks of the cryptocurrency and blockchain technology, the name of Bitcoin is expected to appear among one of the top names. However, this is not the case when it comes to China. China’s blockchain rankings have not been as Bitcoin-friendly as the global standards - as has been proved over the past few months. The latest set of rankings were revealed by Coinness over a Medium post.

It would be interesting to see if Bitcoin bounces back and gets back in the Top 10 of the October list, or continues to be stuck in a similar position. Stay tuned with us as we bring you all the latest updates from the world of cryptocurrencies and blockchain technology.