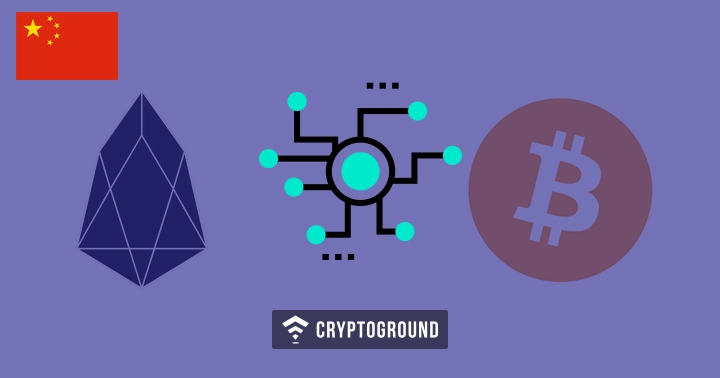 China has been a blockchain-friendly nation despite their strict stance on banning cryptocurrencies last year. The company is investing millions on developing a proper blockchain infrastructure, which can not only be used for regular tasks, but can also power its megacities! China’s blockchain rankings, which come out every month, are an indicator of which platform the government is backing of late. The latest name to attain the number one rank is that of EOS.

China’s latest blockchain ranking report for the month of August reveals that EOS has been ranked the #1 blockchain platform. The rankings are formulated by China Electronic Information Industry Development Research Institute (CCID) and the China Software Testing Center (CSTC). These rankings have been around since earlier this year and have consistently ranked EOS higher, at times, than even Bitcoin and Ethereum.

In the latest list, Ethereum occupies the second position while Bitcoin occupies the tenth position. It is worth noting that the three factors that these institutions consider while ranking cryptocurrencies are Innovation, Application and Technology. Basically, cryptocurrencies that support dApps and smart contracts would get a higher rank than currencies that don’t. EOS has featured as the top currency in the past too.

While Bitcoin at #10 might be a surprise for those who are seeing the list for the first time, it is actually a progress for the currency, as it was ranked as the seventeenth best blockchain network during July’s ranking reports - Bitcoin has risen by seven ranks over the past month. While EOS is the first and Ethereum the second best blockchain network as per China, networks such as Komodo, Nebulas, NEO, Stellar, Lisk, GXChain, and Steem have all been ranked higher than Bitcoin. Earlier, Ethereum had occupied the top rank too.

The biggest disadvantage that Bitcoin has here is the fact that it supports neither smart contracts nor dApps. EOS ranks the highest when it comes to the ‘Technology’ category. This is likely due to the fact that the platform supports the Proof-of-Stake (PoS) algorithm, one which even Ethereum is slowly moving towards. A Proof-of-Stake consensus algorithm can process a much larger number of transactions than compared to Proof-of-Work based blockchain networks. However, there’s bound to be more than just that, as if that was the only factor, then Cardano too, would have been ranked higher as the Cardano platform also functions on a PoS system.

China, which banned all domestic cryptocurrency exchanges last year, and has since been clamping down on all crypto-related operations in the country, has been rather supportive of the blockchain technology. While Ethereum may have been ranked second on the CCID and CSTC blockchain rankings, the platform continues to be the most trusted name in the country. Reports from China have pointed out that the Chinese ‘dream city’ of Xiongan would be powered by the Ethereum blockchain! It is interesting that China is supporting Ethereum over homegrown NEO, which the country had backed for a long time over the past couple of years.