China Ranks Ethereum as No.1 Cryptocurrency 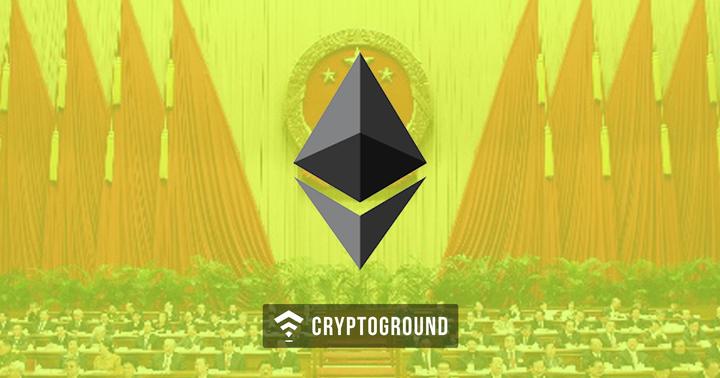 China seems to have a conflicting relationship with the cryptocurrencies. While it has banned the trading of cryptocurrencies, it is now also ranking them. China’s Ministry of Industry and Information Technology has released a study of 28 cryptocurrencies, where Ethereum ranks No.1 (See table below).

The ranking is based on the cumulative score from the criteria of technology, application, and innovation. The methodology was explained like this (translated):

"The evaluation of the global public-private chain technology mainly focuses on the basic technical level, application level and innovation ability of the public chain. In terms of sub-indexes, the Styme chain that utilizes the blockchain graphene architecture has the highest score in the basic technical indicators. The NEO whose goal is to use smart contracts to automate the management of digital assets is ranked first in application assessment. The first place in the innovation power index is Bitcoin, which pioneered the application of blockchain technology." 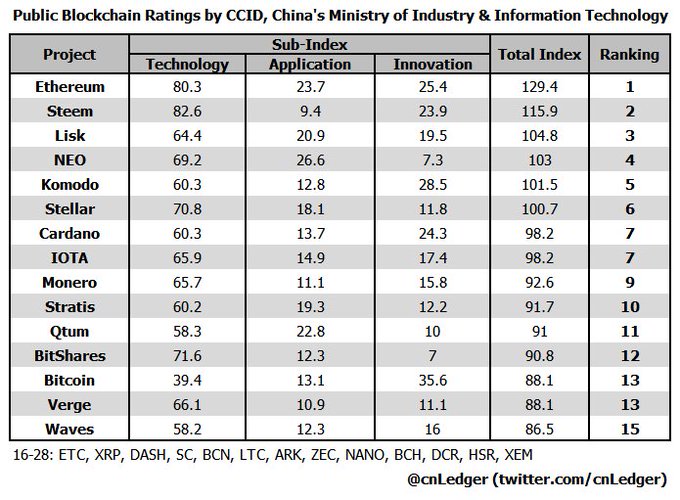 The need for the rating index

China believes that the rating index will act as a guide and reference for the required organizations and institutions. Weiss in the US, a financial rating agency, has released a rating on the cryptos before, but the ratings were more focused with information appealing to the trading crowd. At present, the rating index by the Chinese government seems to be the one-of-its-kind and should see more authoritative boards to get involved in the cryptocurrency world.

Will there be a lax in the Chinese regulations over cryptos?

Though these rankings and research on the cryptos indicate the Chinese government's recognition of the cryptocurrencies, the future plans are still unknown. Since there is no official statement contradicting the present Chinese cryptocurrency regulations, a regulation reform is still a wishful thinking for the Chinese populace.