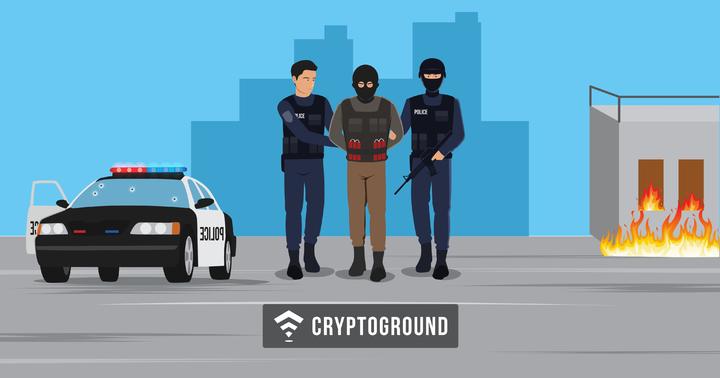 Two people have been arrested by the Israeli police and the United States Federal Bureau of Investigation (FBI) for operating a website on the dark web marketplace. The report has been declared by Israeli Police via two Official tweets on May 7.

The police declared that a cross-border investigation finally traced some suspects who seemingly founded and managed a darknet site, most probably known as Deep Dot Web as per the local media reports. Deep Dot Web was basically a website dedicated for illegal dark web marketplaces. These types of sites sell illegal goods such as drugs, weapons, etc.

“The owners of the site raked in millions of dollars through an ‘affiliate marketing’ method, thereby earning from every sale done through them. The payment for the transactions was carried out using bitcoin. The 2 suspects arrested in Israel will be brought before a judge for a hearing regarding their potential detention extension.”

Israeli police stated that they have arrested two persons, out of which one is 35-year old local of Tel Aviv and another one is 34-year local of Ashdod. The news was initially reported by TechCrunch and TimesofIsrael. Also, they have arrested other individuals via a cross-border investigation in Germany, France, Netherlands, and Brazil.

The Deep Dot Web is followed by the recent joint operation done by German Police and Europol to seize dark web marketplace Wall Street Market. The latest operation resulted in the arrest of three German individuals, along with millions of cash, six-digit amounts in cryptocurrencies and other assets. The platform was hosting around 5,400 sellers and consists of around 1 million customer accounts.

Dark Web is mainly a part of the internet which is used by Criminals. It is accessible via Tor Browser, which uses onion routing. This technology helps to keep the information exchange secret so that user’s identity remains hidden and he/she can bypass censorship by hiding their IP address.