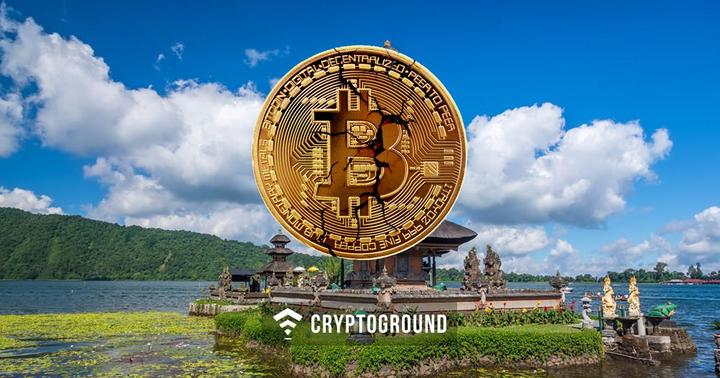 Bitcoin has found itself in a tight spot in Bali, an Indonesian island and popular tourist destination.

Bank Indonesia is currently working with police in Bali to curtail bitcoin transactions on the island. The move comes after the financial authority issued warnings against the use of digital currencies since there is no governing authority to regulate their use.

The popular tourist island reportedly has a significant adoption of the currencies with businesses offering both fiat and crypto payment options. Bitcoin is currently considered illegal like all other cryptocurrencies.

Bank Indonesia only allows the use of Rupiahs for transactions. The banning statement makes it clear:

"We are looking out for bitcoin transactions in Bali, particularly in tourist spots. We will take measures against non-Rupiah transactions."

The report further explains that virtual currency transactions are in contravention of a local law which requires the bank to regulate currencies and transactions within the country. Officials also highlight inherent risks of conducting trade with bitcoin, the possibility of its use for money laundering and a host of other criminal acts.

The ban notice issued on December 7 last year is said to have been inspired by social media reports that the island had “become a haven for bitcoin transactions” says Causa Iman Karana, head of Bank Indonesia.

Towards the end of the year, officials from the police department and the central bank started carrying out investigations to establish whether businesses had taken heed. Some who had previously listed cryptocurrecnies as a payment option had taken them down. But others still use bitcoin.

News of the crackdown quickly spread on social media with warnings that officials would be making random checks and prosecuting those found in contravention of the new regulation. Any businesses found to be accepting crypto payments will face suspension and possibly a court hearing.

There have already been casualties with a villa already having been closed by inspectors. They used a foreign national who posed as customer and the villa management took the bait.

Another business found to be accepting bitcoin transactions was a café. But in a bid to limit the number of bitcoin users accessing the illegal privilege, it was only accepting the currency for transactions exceeding 0.001 BTC or 243,000 rupiah.

Additionally, they were charging an additional fee of 123,000 rupiah and transactions would take about 90 minutes to process.

Moreover, Indonesia is no exception when it comes to the debate around regulation of virtual currencies like bitcoin. A number of other nations as well have been grappling with the same issue and taking different measure to exercise some form of control over the decentralized currency.

China was among the first countries to impose a ban on digital currency trading. South Korea recently caused a crash in the global crypto market when reports came to light that it might soon follow China’s suit.

In Indonesia, a popular exchange platform, Bitcoin.co.id, reports that soon after the recent bitcoin crackdown in Bali, the coin has lost more than 25% of its value according to the website’s data.

Your DNA Can Now Store Your Cryptocurrency Private Key!