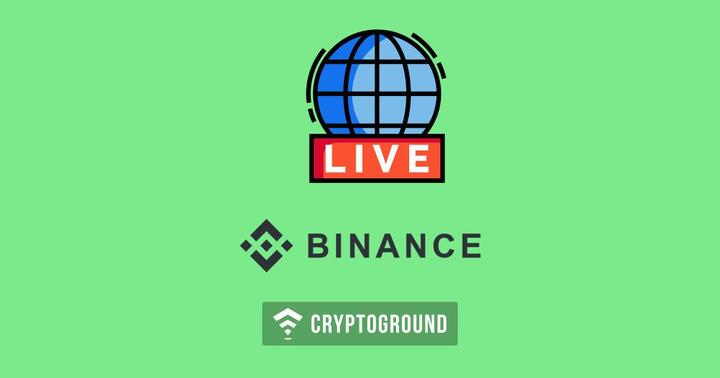 One of the most popular cryptocurrency exchanges, Binance has managed to gain a massive number of users in a short time! Binance, which started off in mid-2017 is among the top 3 cryptocurrency exchanges when it comes to the number of users as well as the trade volume. The exchange has gained immense popularity as well as credibility in a very short time. However - the last 24 hours gave many Binance users a major scare.

Binance went down for maintenance without notifying the users in advance. The notifications which later emerged stated that the exchange will be down for 12 hours. However, as time passed, it began to appear that it may take even longer for services to resume. This gave birth to a number of speculations and rumours that Binance might have been hacked. However, the Binance CEO Changpeng Zhao ‘CZ’ constantly stated that there is no such incident.

These rumours of a hack were further fuelled by John McAfee, who has been a controversial name in the world of cryptocurrencies, often accused of using his social media influence to manipulate prices and spread FUD (Fear, Uncertainty and Doubt) in the markets. However, after an extended period of downtime, Binance is back online and has resumed trading.

Back when it was down, the Binance CEO stated: We experienced a server issue on our replica database cluster, causing some data to be out of sync. Need to fully resync from master. Due the size of the data, it will take several hours. No data is lost. We appreciate your understanding and support.

However, a second statement was slightly more worrying, which meant that the exchange was going to be down for longer: Update: Data sync is slowing down compared to before. Still got a few billion records to sync. Unfortunately, data sync is far slower than our in-memory matching engine speed. We will update a new estimated time shortly. Painful day! Also need to hire more dev ops.

However, after all the fear and uncertainty, Binance is back online. The cryptocurrency exchange is functioning smoothly now. This would have given a jolt to the credibility of any other cryptocurrency exchange. However, Binance being Binance, they know just how to handle this situation. To retain users who are trading on their platform, Binance is now offering a two-week discount of 70% on the trading fees to the users as a sign of “gratitude for their unwavering support throughout the upgrade process.”

Having risen from this controversy with their head held high, Binance has proven that they are a secure platform and are here for the long-run. While Binance was not hacked and operations resumed to normal in less than a day - there has been a sharp rise in the number of hacks of late. Japan’s CoinCheck hack resulted in the loss of $530 Million. More recently, 17 Million Nano cryptocurrency tokens were stolen from BitGrail. It is best advised to split your holdings across various exchanges, especially if you trade in large volumes to be safe.