Binance Moves To Malta: To Set Up New Office in the European Archipelago! 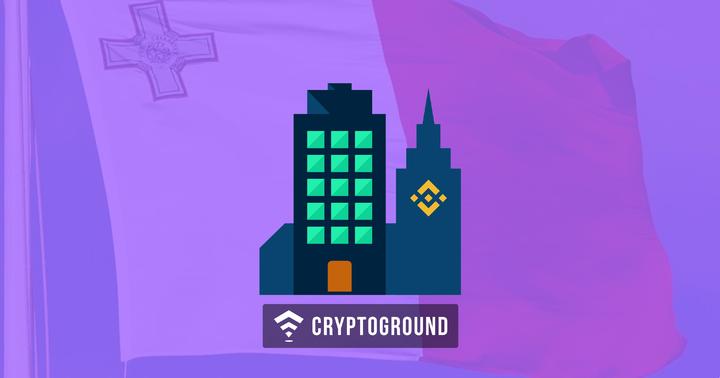 Binance, the world’s largest cryptocurrency exchange by trade volume is a very popular name in the world of cryptocurrencies. The exchange started off less than a year ago and in this very short period of time, has managed to reach the top of the food chain. With transactions worth Billions of dollars taking place on the exchange every day, Hong Kong based Binance is the leader of cryptocurrency exchanges. However, Binance’s run in Hong Kong may be coming to an end, as the company is planning to move their base to Malta.

Malta is an European Archipelago (contrary to the popular opinion, it is not an island but an archipelago - a group of islands!) The country has been very supportive when it comes to cryptocurrency legislations and had even invited Changpeng Zhao, the Binance founder to the country to review their new bill which was favourable to cryptocurrency trade in the nation.

It is because of these supportive laws in Malta, as well as hostility in Hong Kong and Japan that Binance has decided to set up a new office in Malta. Binance has been facing legal trouble in Japan, where the Financial Services Authority (FSA) of Japan has warned the exchange that their operations in the country are not as per the guidelines of the local regulations and that they are an unregistered business in Japan.

They are also facing legal heat in their home base - Hong Kong as the Securities and Futures Commission of the region has issued a notice to Binance, stating that they are telling not allowed to trade digital assets defined as securities under the Hong Kong law. Zhao, the Binance CEO has been working towards trying to get things resolved in Hong Kong, however, the outcome, as per him, may be ‘uncertain’.

The decision to set up an office in Malta has officially been announced by Changpeng Zhao today. The company is now looking forward to set up partnerships with local banks and financial institutions. While Zhao has not given any deadlines, it is expected that it won’t really be a problem for Binance to get these approvals owing to their massive cash flow and turnovers. “We are very confident we can announce a banking partnership there soon,” Zhao said. “Malta is very progressive when it comes to crypto and fintech.”

The Prime Minister of Malta, Joseph Muscat tweeted about Binance setting up an office in the nation stating “We aim to be the global trailblazers in the regulation of blockchain-based businesses and the jurisdiction of quality and choice for world class fintech companies,” he tweeted. This is indeed an interesting more from Binance and a big benefit to Europe as most of the major cryptocurrency exchanges were either in Asia or in the US.

Bitcoin (BTC) Price Tries To Break Out Of Its Downtrend - Bitcoin Pric...