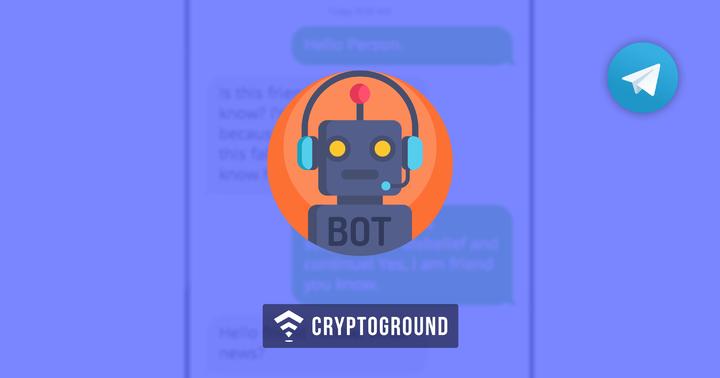 ICOs have a kind of love-hate relationship with bots. A wave of new followers - real or fake - brings social proof, which in turn attracts genuine investors. But too much of bot activity can be dangerous. Users can be scammed, or tokens can be airdropped winding up in the hands of a small group, who can then dump them onto exchanges at the earliest opportunity.

Fundamentally, there is nothing good or bad about bots. It is how they are utilized by the operators that define them. Telegrams followers play an essential role in ICOs and usually use their bots to perform automated checks of whitelist signups and to issue generic greetings and crowd sale information to new arrivals. It is the first thing on Telegram ICO Page that a new investor takes note of. Telegram followers decide the level of interest in the project.

Twitter followers can be easily bought these days, but telegram numbers, are hard to fake. Harder, but by no means impossible, and because Telegram is more of a closed network than Twitter, it’s harder to scrutinize the quality and "humanity" of a group’s followers. But as per the reports, 70 million telegram account usernames and phone numbers have been leaked and are for sale, bot-based scams are likely to reproduce.

After launching an airdrop, it is prevalent for ICO Telegram groups to be overwhelmed with followers as it is one of the conditions to claim the free tokens. For instance, a blockchain dispute resolution layer called Kleros, kickstarting its airdrop last week and witnessed its Telegram followers skyrocket from 500 to over 6,000 in a span of merely 48 hours.

Stuart James, its project’s community manager, said that the company welcomes the flow of followers but is anxious to ensure that airdropped tokens are distributed to genuine community members only. He shared his concern, "After a while, you get a feel for the sort of behaviors that have the hallmarks of bot activity. Shortly after joining a Telegram group, they’ll post similar replies to the pinned post, and engage in other programmatic responses. Evidence suggests that the majority of our new Telegram followers are human, but there’s a subset that is clearly bot-based, and it’s the same in the other ICO Telegram groups I’ve spoken to."

Biondi is one of the Telegram bot dev who specializes in programming bots for the benefit of crypto groups. He urged Telegram to reveal the unique user ID assigned to each account to make the process of differentiating the real and fake group admins easier.

Cryptocurrencies are a Valid Form of Electronic Payments, Law Commissi...