What Is Zcash? - Everything You Need To Know About Zcash Cryptocurrency 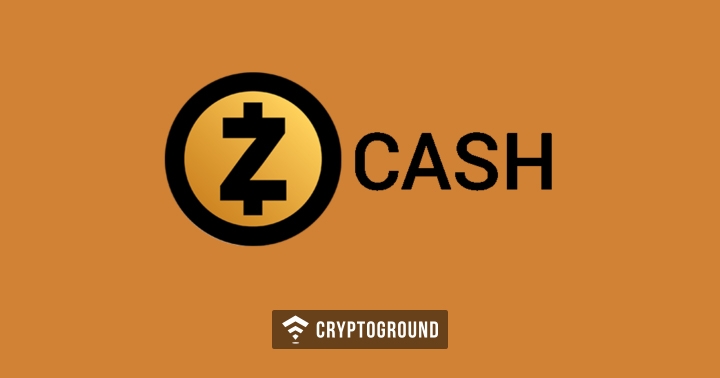 In the buzzing market of cryptocurrency where there is a new currency launched almost every day, privacy and safety concerns are the major factors that are questioned and also the same two concepts that new cryptocurrencies are working to develop on. Since the launch of Bitcoin in 2008, several coins have developed out of the ideas of Bitcoin and in a similarly inspired series of creations is one of the latest cryptocurrencies, Zcash.
Although Bitcoin is the best cryptocurrency in terms of how it stands in the valuation market, it has serious drawbacks and disadvantages. There are many cryptocurrencies that are continuously trying to address this matter with their own system.

One of the major problems that Bitcoin has is in its privacy maintaining process. A public and transparent system seems to be a great idea when it comes to the fair practicing of transactions and payments, but when privacy is questioned, it is not really preferable. While it can be advantageous in terms of preventing crimes, public display of payment activities like one’s tax-related transaction can be a big threat to a person's privacy.

Also Read: What is Blockchain?

Zcash is a blockchain based decentralized and open-source digital currency born with the intent of providing enhanced privacy to its users as compared to most other digital currencies like Bitcoin. According to Zcash CEO, Zooko Wilcox, it is a cryptocurrency that provides the ability to perform private transactions in a public blockchain.

Zcash is the outcome of a 2013 start-up, Zerocoin, which was launched back in 2013. It was led by a group of students from the Department of Computer Science at John Hopkins University. At the time of its development, the team had stated that their model does not change the security model of Bitcoin and follows the standard cryptographic assumptions.

In 2014, big improvements were made in the security system of Zerocoin after a new protocol was declared in a collaboration of MIT and several other agencies. This led to the transformation of Zerocoin to Zerocash.

With the new protocol introduced by Zerocash, there has been better privacy and a security system where users can not only hide the source of payments but also hide the amount transferred in payments and transactions.

The first genesis block for Zcash was mined in late 2016 and it has been available for trading since. As of 2019, Zcash is standing among the top 20 cryptocurrencies list and competing with similar strong cryptos like Dash and Monero.

The Team Behind Zcash

Talking about the core team behind Zcash, its CEO and founder Zooko Wilcox is a person with strong interests in health and food science. The top members of the technical team at Zcash include Eli Ben-Sasson - who is also a prominent professor at the Computer Science Department of Technion Israel Institute of Technology, Matthew Green - a cryptographer from John Hopkins University who has put a lot of effort in building the cryptographic and information development departments at Zcash.

Another core member is Ian Miers, who is a Ph.D. student at John Hopkins, also specializing in cryptography. One of the major investors of Zcash has the name Roger Ver, also known as the “Bitcoin Jesus”.

Zcoin uses zk-SNARK or Zero-Knowledge Succinct Non-Interactive Argument of Knowledge, which is a newly developed proofing process that is making the process of verification easier. This system can complete transactions without altering any of its contents, hence keeping safe the anonymity. It follows the general Bitcoin protocol keeping the anonymity of the user safe.

There are options to share the information, but only at the user’s will through certain features of Zcash like ‘viewing keys’ and ‘payment disclosure’. One of the major differences of this company and Bitcoin is that it is not open-source as a company yet.

Zcash technology adopts a  different approach than most other cryptocurrencies that focuses on privacy. Zcash can verify a transaction without ever giving any other information to either the sender or the receiver.

There are certain private sending keys that the sender holds, which are cryptographically linked as a signature for a complete transaction and it is not possible to interfere with payment by someone who does not hold these keys. There are shielded processes that work to verify that the sender has enough ZEC to make the payment and they are assigned unique identification terms called ‘rho’.

Many have often stated that Zcash is a corporate coin and does not work like a cryptocurrency, Zcash has always remained straight about the fact that the main transaction system is open-source and they have no control over the mining and distribution process.

This is surely the biggest factor that differentiates Zcash from other cryptocurrencies. Zcash is a coin that truly preserves the anonymity and has really worked into developing a separate system just for the sake of providing higher levels of privacy. The system not only prevents criminal activities to take place between payments and transactions but also works to prevent any attack of malicious actors on addresses that contain a good amount of currency. This is surely an advantage that Zcash provides in contrast to how other major cryptos like Bitcoin display data on public ledgers.

ZEC can be mined free of cost with an open GPU hardware which is more affordable and also takes less energy as compared to other POW mining rigs.

This new zero-knowledge technology has far more applications than payments and transactions. This type of security layer can be used to verify relations between different digital processes without disclosing much information.

Zcash is not accepted on many wallets and has very limited options. Also, they are only limited to desktop and at present, there are no mobile wallets.

Till now, Zcash has maintained their security very well, but if there is any breach in their network, big inflation will result in the crash of the value of ZEC. This can be prevented by pushing proper security updates at the right time.

Bitmain, the manufacturers of ASIC have developed a miner that can mine equihash secured networks which upon adoption at a large scale would result in difficulty for users who mine using the GPU hardware as the amounts that can be mined presently will lower.

Although privacy is preferred by the users, it is also to keep in note that transparency allows tracking of cash flow that can deny Zcash currency due to some unrelated history of the user.

Zcash is made specifically for Linux users, but Windows and Mac can also have access and use it. However, the mining process can be harmful to the growth of Zcash as many cryptocurrencies are providing far more options and not everyone wants hardware mining.

Not only these, but the problem of competition is also major for Zcash. It is difficult for most people to adapt to the Zcash system and other coins are putting in good competition to it. Many of the new cryptocurrencies are focusing on privacy and security system in blockchains and many are doing great. For Zcash to survive, there are a lot of improvements that need to be implemented.

How to buy and use Zcash?

Although this technology takes over Bitcoin’s seemingly exposed transactions system, there are not many exchanges and wallets that support Zcash. Here are the top three exchanges that you can use to buy Zcash.

They are a Japan-based exchange who have their origins in China. They are one of the biggest and most trusted exchanges in the cryptocurrency market. The major benefits of using this exchange are its low trading fees and good security. The problem with this exchange is that you cannot use fiat currency, i.e., you cannot use real-world currency. So you need to buy some other cryptocurrency first from a different platform and then trade it for Zcash.

It does solve the problem of Binance as it is one of the biggest exchanges that supports a wide range of currencies like the US dollar and Euro. It is also the oldest cryptocurrency exchange which was launched back in 2011. It also has very low fees and has a very user-friendly process. But it is only available in some countries and only allows transferring a small number of coins.

It has one of the largest volumes of coins and lists more than 200 coins. It is an Estonia based exchange working since 2013. It has all the important facilities including the use of fiat money for buying coins. It has a cheap trading fee and a friendly trading screen but the verification process with banks takes a long time. Also, it had a history of getting hacked (in 2015), which does not necessarily imply that their security has not improved.

The Future of Zcash

Zcash describe themselves as “If Bitcoin is HTTP of money, ZEC is HTTPS of money”. They are surely doing a lot of work to improve on the security and privacy flaws of Bitcoin and they have made a pretty straight and efficient progress.

Zcash has a good future according to most predictions and there are many who have predicted the value of ZEC to reach $10000 by 2028. Privacy is in demand and the main problem that the cryptocurrency market faces is the fear of privacy among people. There are many cryptos launching on some previous models that are trying to improve on this factor and are becoming successful. Zcash does not lie anywhere far in the cryptos list and people are talking about how the very similar Bitcoin system is being made more secure and convenient.

Zcash has one of the best privacy maintaining systems in the market today and there are good chances that more people will grow into their system.

Should you invest in Zcash?

Zcash is very much like Bitcoin except that they are focused on better and truer privacy. Zcash is not anonymous by default and can be used as a privacy enhancer. Their new technology of using zk-SNARKs is only exclusive to their system and there is always a chance of unknown vulnerabilities in a newly developed and less experienced system.

Investing in Zcash needs to wait. They have a robust system with a well-thought out idea but to understand their dangers, the only option is to keep patience. It is a young cryptocurrency and gaining traction in the market. If Zcash can efficiently maintain their processes, there is no doubt they will replace Bitcoin one day.

What’s Next For Zcash?

In recent news, there have been discussions about collaboration between Zcash and Ethereum, to integrate the privacy algorithms in the Ethereum system. Zcash has started gaining visibility in the cryptocurrency market and their one of a kind technology is fascinating people.

It is not possible for everyone to trust their system right away, but they have maintained their code and looking at how organizations have been investing in it, we can only say that Bitcoin will face tough competition soon in terms of their privacy features.