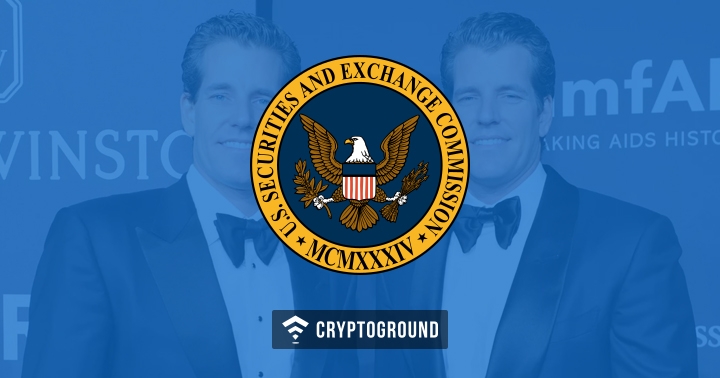 The U.S. Securities and Exchange Commission (SEC) for the second time has rejected the application for a Bitcoin exchange-traded fund (ETF) by twin brothers Tyler and Cameron Winklevoss, founders of crypto exchange Gemini.  The price of Bitcoin dropped below the $8,000 mark, following the news.

The first application was rejected in March 2017 by the SEC mainly because of the cryptocurrency markets remain largely unregulated. The matter is going on with the SEC since June 2016 when the Bats BZX Exchange, Inc. (BZX) had for the first time filed an application to allow it to list and trade shares of the Winklevoss Bitcoin Trust.

This time around, the SEC has highlighted issues with security, market manipulation, and investor protection.  It said in a release:

The SEC emphasized that its disapproval does not rest on an evaluation of whether bitcoin or blockchain technology more generally, has utility or value as an innovation or an investment.

However, there is one SEC Commissioner named Hester M. Peirce, who has officially dissented the SEC's decision. She said:

"Contrary to the Commission’s determination, I believe that the proposed rule change satisfies the statutory standard and that we should permit BZX to list and trade this bitcoin-based exchange-traded product (“ETP”). Accordingly, I would set aside the action the staff took by delegated authority in this matter and approve the proposed rule change."

Apparently, bitcoin is not ripe enough, respectable enough, or regulated enough to be worthy of our markets. I dissent: https://www.sec.gov/news/public-statement/peirce-dissent-34-83723

The U.S. financial watchdog has received a number of Bitcoin ETF applications over the last few years, the latest one being from VanEck SolidX Bitcoin Trust, but it hasn't approved any of them yet.