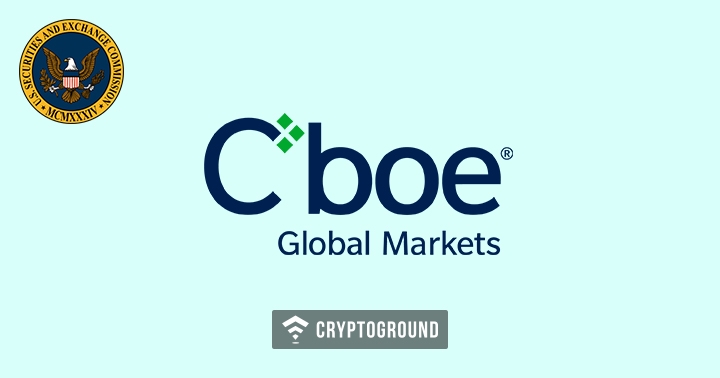 The U.S. Securities and Exchange Commission (SEC) has once again received an application for Bitcoin ETF (exchange-traded fund) license. This time, it is from the Chicago Board Options Exchange (CBOE) Global Markets, one of the world's largest exchange holding companies. Earlier in the past too, SEC had received a couple of requests but rejected them, as the crypto market remains largely unregulated.

This time around, the crypto enthusiasts believe that the SEC would approve CBOE's request because the commission recently stated that Bitcoin and Ethereum are currently not classified as securities. If approved, this would bring about significant changes to crypto markets i.e. attract institutional capital and in turn result in bitcoin and other cryptos' price rise.

CBOE has filed a proposal to list and trade shares of SolidX Bitcoin Shares (the Fund) issued by the VanEck SolidX Bitcoin Trust (the Trust). The trust will invest in bitcoin only. The SEC had invited public comments on this proposal and has already received more than 100 comments on the same, most of them being positive. Some of the comments include:

"I strongly support the proposal of Bitcoin ETF. Blockchain technology should be an area of focus for the government since it has a wide variety of useful applications in the digital era we live in today. Our government should ensure there are safe vehicles for investing in innovative technologies and supporting a Bitcoin ETF will be one step towards regulating and protecting consumers."

"One of the keys to America's success has been the fact that we have been able to consistently innovate and adopt new technologies faster than most other countries have been able to. I believe that bitcoin and other cryptocurrencies are the future for finance and that the SEC should approve Bitcoin ETFs to keep making the world leaders in this space."

"Please approve the BTC EFTs! Crypto is the next natural progression of currency...the biggest thing is being able to bank the unbanked in remote areas...giving people the ability to build wealth when it has been otherwise impossible since there isn't a bank right down the street."

Last month, the SEC also proposed a new approval process for certain ETFs by establishing a clear and consistent framework, which is also seen as a positive development by the observers.

If CBOE's application gets approved, the exchange will open client investments from Q1 next year and users can purchase shares worth 25 bitcoins each in the Trust. An insurance policy will also be set up to ensure protection against cyber thefts or hacks. The insurance policy will have a limit of $25 million as primary coverage with $100 million in excess coverage, which will also change according to the value of Bitcoins procured by the Trust.