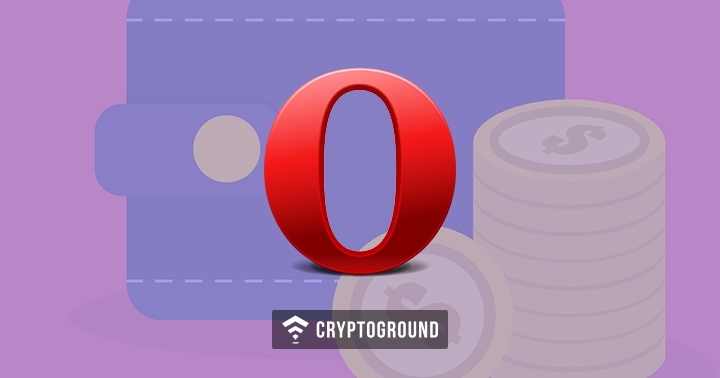 Opera Web Browser has recently added support for Tron (TRX) and TRC - standard tokens in order to develop its own crypto wallet, as per the press release which was shared today.

Earlier, Opera has built a crypto wallet and web 3.0 capabilities for its Android browser and then released the product in later December 2018 along with the support for Ether(ETH) and its ability to connect with the decentralized apps (DApps).

The Crypto wallet supports Web 3.0 features. Web 3 term was first used to refer to the semantic internet and it is widely used to refer to the evolution of the more intelligent, open and distributed web, which can incorporate the use of blockchain, decentralized computing, and cryptocurrencies.

With the latest service, Opera provides 300 million users around the globe the possibility to use TRX without any requirement to configure a separate wallet. Moreover, it will allow Opera browser users to access Tron DApps and also play Tron powered games via an incorporated user face without any require of third-party extensions or applications. Hence, this makes it very easy for inexperienced users to enter into the crypto space.

The Opera team is not only looking to utilize the financial potential of a token, but it also believes to enhance the use and development of Decentralized Apps (DApps). Currently, Ethereum is the blockchain with the majority of DApps in the ecosystem however Tron has acquired the title of the fastest growth in the Decentralized Apps.

"TRON is a popular, quickly developing blockchain with a swiftly growing DApp ecosystem. We are happy to open our browser to it. By opening products to multiple blockchains, we are accelerating the mainstream adoption of Web 3."

Justin Sun, CEO of Tron said with great excitement that the latest merger with Opera is useful for the growth of both, TRX and Tron Ecosystem.

In February 2019, Opera has launched a new service which enabled users in Sweden, Norway, and Denmark to purchase Ether via an Android version of the browser.

From then onwards, the firm has simultaneously explored various ways of developing future blockchain apps which are integrated within its products and ecosystem probably after doing a collaboration with the Ledger Capital, a blockchain advisory and financial services company.

This week only, Tron Co-founder and the chief technical officer left his job mentioning that Tron project has become highly centralized and deviated from its founding principles.