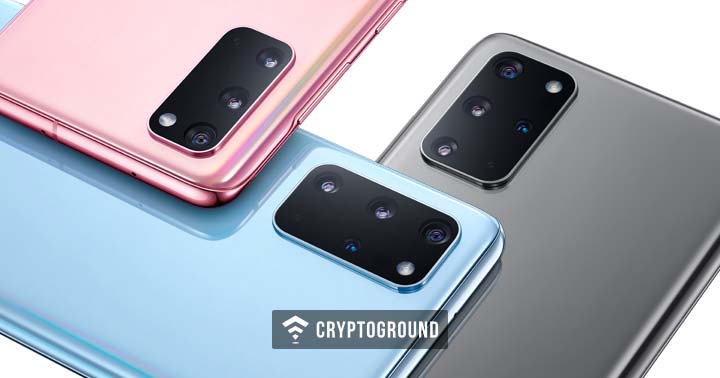 Samsung, the South-Korean technology giants and one of the top mobile manufacturers across the globe have decided to continue offering crypto storage services on its flagship Galaxy S20 devices. The mobile manufacturers at the launch event of the latest Galaxy S20 revealed that the new phones would come with the same crypto functionalities as available in its previous flagship models.

The firm revealed that apart from providing crypto storage services they have also added a dedicated processor to help users secure their password, PIN and wallet security key phrases.

Samsung started its crypto venture in 2018 when it launched a crypto wallet with its flagship Galaxy S10 device. The wallet helped users safely store their crypto funds onto their mobile phones along with securely saving the critical key to their wallets. In 2018, Samsung also announced a developer tool kit for third parties which can be used to develop decentralized applications for Samsung devices.

One such application was a payment gateway developed using the tool-kit and allowed the users to pay at different merchants in cryptocurrencies by simply scanning a QR code. Apart from the South Korean giants, many other mobile manufacturers are also looking to tap into the ever-growing crypto space.

Samsung is not the only mobile manufacturer who has been eyeing the crypto-verse, in-fact HTC, another leading global mobile manufacturer has gone a step ahead by offering a mobile phone capable of running a full Bitcoin node called Exodus. Apart from that they also launched a budget-friendly lite version of the device under $500.

The interest of traditional mobile manufacturers like Samsung and HTC along with major tech firms such as Microsoft, Facebook, Amazon, and Google is a shining example of how important these tech giants view crypto space. The interest is only going to rise further as major countries around the globe are either regulating crypto use or looking forward to regulating it.

Samsung SDS Completes the Development of 'BankSign' for Korea Federati...

The New York Times Looking Forward to Experiment with Blockchain-Based...